"Most Beautiful Building on Earth": Museum of Future: Dubai

Dubai opened its Museum of the Future on Tuesday, a structure it touts as the world's most beautiful building. 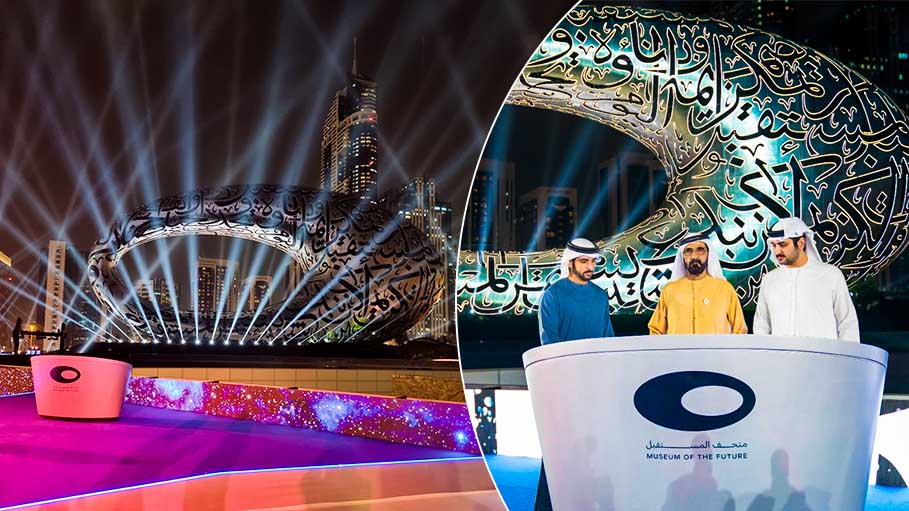 Dubai: Dubai opened its Museum of the Future on Tuesday, a structure it touts as the world's most beautiful building.

The museum is a seven-storey hollow silver ellipse decorated with Arabic calligraphy quotes from Dubai's ruler. It takes pride of place on Sheikh Zayed Road, the city's main highway.

The building's striking facade was lit up by a colourful laser light show in the evening as crowds gathered outside to catch a glimpse.

It was officially opened later by Dubai's ruler Sheikh Mohammed bin Rashid Al-Maktoum, whose vision of the future has been credited as the driving force behind the museum.

While the museum's contents are yet to be revealed, it will exhibit design and technology innovations, taking the visitor on a "journey to the year 2071", organisers said.

Roadside signboards described the museum -- just minutes away from the world's tallest construction, the Burj Khalifa -- as the "most beautiful building on Earth" ahead of its gala opening.

It is the latest addition to the United Arab Emirates' (UAE) collection of flashy architecture and comes after the $7-billion Expo world fair, featuring a swathe of futuristic designs, opened on Dubai's outskirts on September 30.

The UAE's capital Abu Dhabi is home to another landmark design, a branch of France's Louvre museum, whose licence was extended by a decade last year to 2047 at a cost of 165 million euros ($186 million).

After French President Emmanuel Macron opened the Louvre Abu Dhabi in late 2017, it attracted about two million visitors in its first two years before Covid hit.

The UAE is a major oil exporter but also a big player in business, trade, transport and tourism, diversifying to reduce its reliance on crude.

11 Ways to Feel Energized Throughout the Day

Bella Hadid Is “Scientifically” the Most Beautiful Woman in the World