The teaser of ‘Robot 2.0’, the much awaited sequel of Shankar’s ‘Robot’ is released, and the special effects used in the film is the centre of all discussions. Watch full teaser! 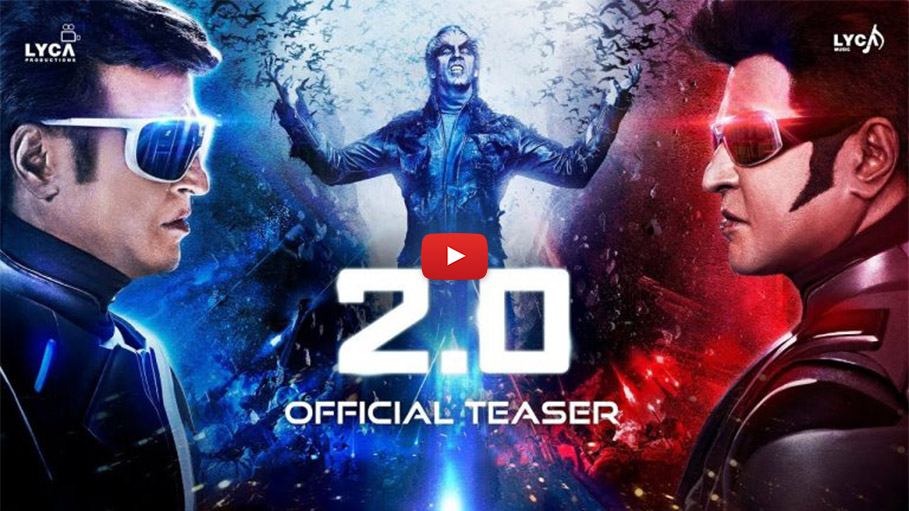 It took around 8 years to bring back Dr. Vasi and robot Chitti! After being a smasher in 2010, the sequel to super star Rajinikanth and diva Aishwarya Rai Bachchan's ‘Robot’ (Enthiran), ‘Robot 2.0’ is making a grand entry this season. Several updates on the making of the sequel fantasy drama, since last one year, was able to lift up the hype. And after much controversies and delays, the teaser has freshly hit the social media.

Well, take a deep breath before we begin! Developed upon the sci-fi war tale between scientist Dr. Vasigaran’s Chitti (both played by our Thalaiva Rajni) and Bollywood action hero Akshay Kumar’s portrayal of Richard, the crow man, the Robot sequel is ready to set a new standard for Indian science fictions.

While in the prequel, the film ended on a note showing robot Chitti is dismantled for due causes and preserved in a museum, this time, Dr. Vasi chooses to bring back Chitti to save humanity from the evils of the antagonist, who can take the shape of a gigantic crow and cause massive disruptions to fulfill his wicked purposes.

But, from just one look of the teaser, what I think, steals the show is the special effects. Build upon around 540 crore budget, the CGI in ‘Robot 2.0’ is absolutely breathtaking and can even give tough competition to the Hollywood similar genre productions.

‘Robot 2.0’ is the ninth-most expensive non-English-language on-screen feature ever made.

The double starrer, action-packed flick releasing 29th November 2018, has already set the expectations high with its stunning teaser frames. Although the first look of Akshay’s savage appearance for the film released about a year ago, the teaser is simply beyond all assumptions!

Directed by S. Shankar, produced by Allirajah Subaskaran and K. Karunamoorthy, ‘Robot 2.0’ casts ‘I’ film actress Amy Jackson in the female lead. Actor Adil Hussain and Sudhanshu Pandey will be seen playing other major characters. The Lyca Productions film will be tuning in to music director A. R. Rahman’s soul touching melody.

Now, all the “Rajni Fans” are eyeing for the ‘Robot 2.0’ trailer, unanimously!