Disney’s Oscar-winning big screen magic is making a comeback. Classic animated big-flick ‘The Lion King’ has returned with its live action teaser trailer to sweep you away to your early years. And, there’s a Shakespearean connection! 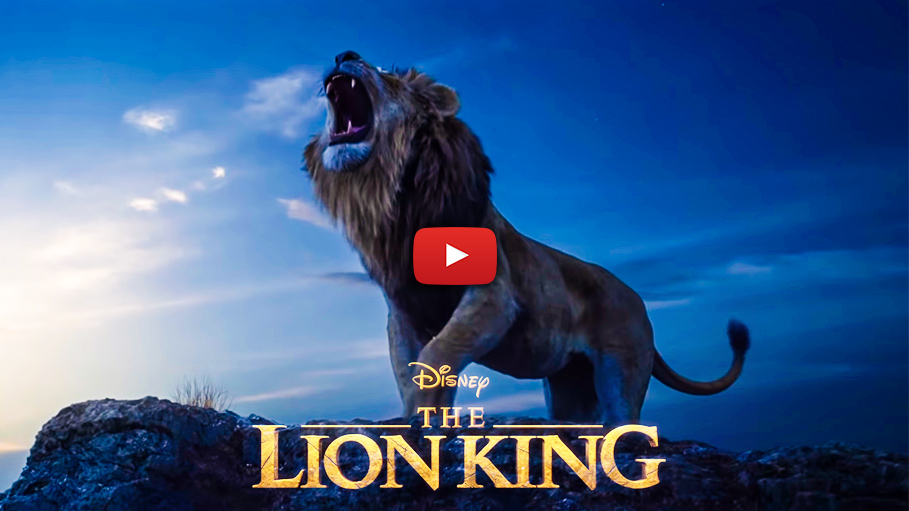 How much are you ready to give away to go back to your childhood? Well, not much but a Disney film could be your ticket to your destination. ‘The Lion King’ Live Action Teaser Trailer has hit the media shores, it seems, the reprise of the classic big-screen animation is gathering much love and warmth, globally.

The teaser trailer is almost a retelling of 1994 opening scene of the film, or the trailer as well. A magnificent sunrise on the African horizons, animals in herds, the Pride Rock, baboon Rafiki lifting the newborn cub Simba, played along with the unputdownable narration by James Earl Jones. Yessss! The veteran actor will be reprising his role as Mufasa… tissues… anyone?

Oh yes! And how can I miss that breathtaking chanting “AHHH ZABENYAAAA BAGITHI BABA”, the original score by Hans Zimmer, still gives me goosebumps!

Come, let me take you back to your good old times:

The screen magic known by the name ‘The Lion King’, had won 2 Academy Awards back in 1995 in the categories of Best Music, Original Song and Best Music, Original Score! The question is, will Disney be treasuring all the originals in this live action remake, just like the chanting? We hope so, at least the ‘Hakuna Matata’ one, please!

Initial speculations suggest, Donald Glover will be voicing Simba, and his onscreen lady love Nala’s character will be pulled off by the amazing Beyoncé. Ummm… I smell enchanting musical romance! Billy Eichner will be playing Timon and Seth Rogen, Pumbaa. The rest who’s who? Keep guessing folks!

Although a rumor was doing the rounds regarding the most anticipated live action remake of ‘The Lion King’ might pop up anytime soon with a teaser, Disney did it on the Thanksgiving Day, without any prior announcement, which certainly doubled the joy.

‘The Lion King’, though, appears to be catering to children, apparently, the film has a universal appeal and touches the heart, breaking the boundaries of age, caste and creed.

Interestingly, some find a deep connection between ‘The Lion King’ and the Shakespearean plays. For instance, the soul of ‘Richard III’ or ‘Hamlet’ somewhat echo the similar manifestation of the plot, set in the wilderness of Africa. Tussle between brothers, treachery, envy, revenge, claiming of the throne… drama flawlessly blending with emotion.

But, will this manifestation, this magic relive again?