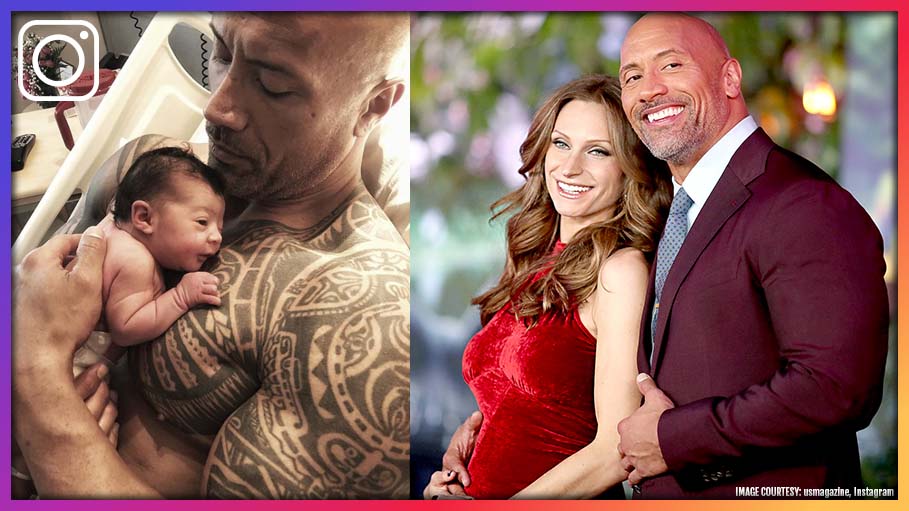 Action star Dwayne ‘Rock’ Johnson shared the image of his second baby- Tiana on Instagram. The image shows ‘Rock’ holding a delicate Tiana in his arms. To go with the image, Johnson wrote a long note to his followers. He began by saying,

“Skin to skin. Our mana. Blessed and proud to bring another strong girl into this world. Tiana Gia Johnson came into this world like a force of nature and Mama @laurenhashianofficial labored and delivered like a true rockstar.”

He goes on to give some words of wisdom to the all the men out there. He said that it is important to be by your lady’s head when she’s delivering and being as supportive as possible. “Holding hands, holding legs.…whatever you can do. But, if you really want to understand the single most powerful and primal moment life will ever offer - watch your child being born”, he wrote.

Dwayne Johnson was raised in a family surrounded by strong women, however after being a part of Tia’s delivery he has a new level of admiration, love, and respect for Lauren and all the women out there. These powerful words and views were shared by the action star himself.

And now it looks like the ‘Fast and the Furious’ actor has already begun taking his role as a father seriously as he skipped the planned Wednesday appearance, for his upcoming film- Skyscraper. He instead sent a pre-recorded video telling viewers that he is busy with ‘baby duty.’

He was also supposed to attend the CinemaCon in Las Vegas to promote his upcoming movie, however, when viewers arrived they were yet again made to view a recorded video by Johnson, which was introduced by  Director of the film- Rawson Marshall Thurber. "I know you guys were expecting someone taller, more handsome to be here, but Dwayne had a baby just a few days ago, a baby girl. Three girls, a lucky man," said the director.

Baby Tiana is Johnson’s third daughter. He has a 16-year-old daughter Simone Alexandra from his first marriage with Dany Garcia. Johnson and Lauren already have a two-year-old daughter- Jasmine Lia together. Raised in a family surrounded by strong and loving women, Johnson is happy having daughters. In his post, he also mentioned that he wears many hats in this big old world but being a dad will always be the one he’ll be most proud to wear.