A new study by WHO reveals that over 1.25 lakh children in India below 5 years died due to toxic air in 2016. Also, every 1 out of 5 children who die globally due to air pollution are from India. 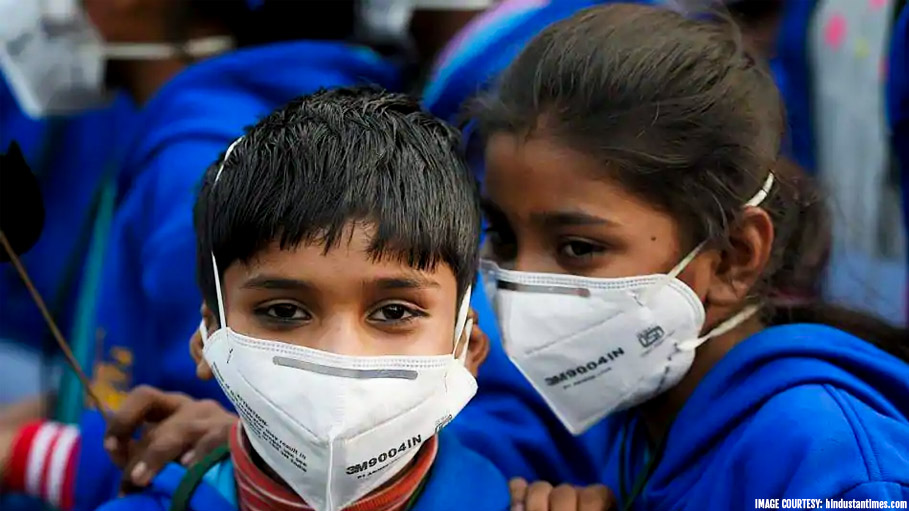 The study titled ‘Air Pollution and Child Health: Prescribing Clean Air’ found that 67,000 children below the age of 5 died in India due to polluted air inside the house caused by burning fossil fuels for cooking, lighting and so on. Outdoor pollution caused the death of around 61,000 children of the same age group by vehicular and industrial emissions. The PM2.5 particles found in these emissions specifically caused havoc in children’s health. Combination of air pollution within the house as well as outside is the cause of death among the majority of children in India.

The study focussed on particulate matter PM2.5 or particles with a diameter of smaller than 2.5 microns that posed the greatest risk to children. They are called “fine particulates” as they are finer in texture. These are particularly dangerous as they penetrate deep into the lungs as well into the cardiovascular system. They are found in toxins like sulphates and black carbon.

Effects of air pollution on children

The WHO report also stated that children are most vulnerable to air pollution during fetal development and in the early years as their brains, lungs and other vital organs are still maturing. They take in more air along with the pollutants as they breathe faster. Children are also closer to the ground where pollutants are in “peak concentrations” that make them more susceptible. They spend a majority of their time outside their home as they have to attend school, playgrounds and other places for various activities.

Pregnant women who are exposed to polluted air are most likely to give birth to babies with low birth weight or premature babies. "Polluted air is poisoning millions of children and ruining their lives," WHO Director-General Dr. Tedros Adhanom Ghebreyesus said. "This is inexcusable. Every child should be able to breathe clean air so they can grow and fulfill their full potential," the official said.

Amongst all cities, New Delhi, in particular, has attained dangerous high levels of PM2.5 particles in the last two weeks and the air quality index is 348 which falls in the low category. Meanwhile, the Supreme Court has described New Delhi’s quality of air as “critical, pitiable and terrible" and has prohibited the use of old vehicles that don’t conform to pollution norms.

It has also directed the transport department to take action against these vehicles. The government is directed to list all diesel vehicles that have run over 10 years and petrol automobiles that have run over 15 years on its website as well as in the newspapers. They’ve been advised to make better use of social media platforms which makes it easier for citizens to lodge complaints.

These statistics and reports show a grim picture of India’s environmental situation and clearly represents India in a very poor light. What is more frustrating is that children become innocent victims of a situation because of neglectful citizens and government bodies who are not doing their work right.

SEE ALSO:
Nearly 11 Carat Diamond Worth Rs 50 Lakh Found in Mine in MP