The Kia India Australian Open Ballkids program mentor Mahesh Bhupathi was present in Delhi where over 100 boys and girls from across India-- who were earlier shortlisted after trials in the four metros came for the final selection. 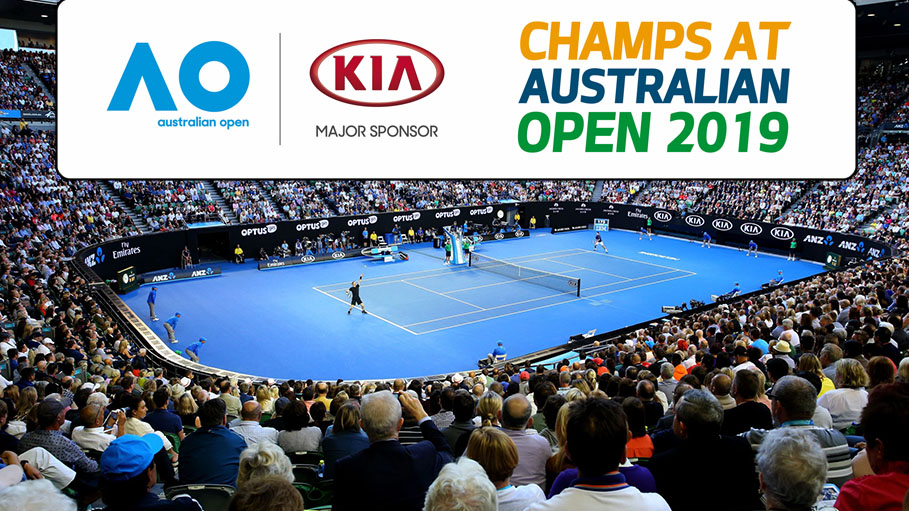 Hundred young tennis fans from different parts of the country underwent a rigorous audition process at the RK Khanna Stadium in New Delhi, hoping to be selected as ball kids for the 2019 Australian Open.

The kids, all aged between 12-15, completed the drills supervised by two Australian Open officials, showcasing their agility and speed on the court. They demonstrated their ball collecting and ball rolling skills as well as the temperament to be smart and courteous as they will have to take care of the players during the breaks.

The Kia India Australian Open Ballkids program mentor Mahesh Bhupathi was present in Delhi where over 100 boys and girls from across India-- who were earlier shortlisted after trials in the four metros came for the final selection. He encouraged the kids to give it their best and felt that initiatives like this will help in promoting tennis in the country. The ten selected kids will be revealed at a press conference next month.

A long-standing partner of the year’s first Grand Slam tennis tournament, KIA Motors, brought the unique Australian Open Ballkids Program to India for the first time, allowing young Indians an opportunity to watch their favourite stars in action, literally from the sidelines.

The initiative was launched on November 10 and saw as many as 1800 kids from the four metros enroll and take a shot at this dream assignment. All the expenses of their trip will be borne by KIA Motors.

Mahesh said that he thinks initiatives like these are baby steps towards creating a culture for tennis in the country. This year, they had 500-600 kids at each selection venue. Next year, they will probably have 1000 plus. The selected kids will not only travel to Melbourne but also be on the court as some of the greatest players of the sport fight it out.

A number of the sport’s giants, including John McEnroe and Roger Federer, have served the game as ball boys before going on the become its greats. McEnroe has the unique distinction of being a ball boy for some Bjorn Borg matches during the US Open before graduating to become one of his biggest rivals.

Manohar Bhat, Head- Marketing and Sales, Kia Motors India, said that their association with Australian Open goes back to 2002 and it has been a great relationship that has been mutually beneficial. They are really glad to be able to give these kids an opportunity to realize their dreams and hope that it will help also give exposure to the sport and attract more and more kids to tennis in the country.

SEE ALSO:
100 Children Faced Death Due to Encephalitis in Bihar