Beijing city officials on Sunday said all two million residents of a neighbourhood where they identified a small cluster of Covid-19 infections will be tested, less than two weeks ahead of the start of the Winter Olympics. 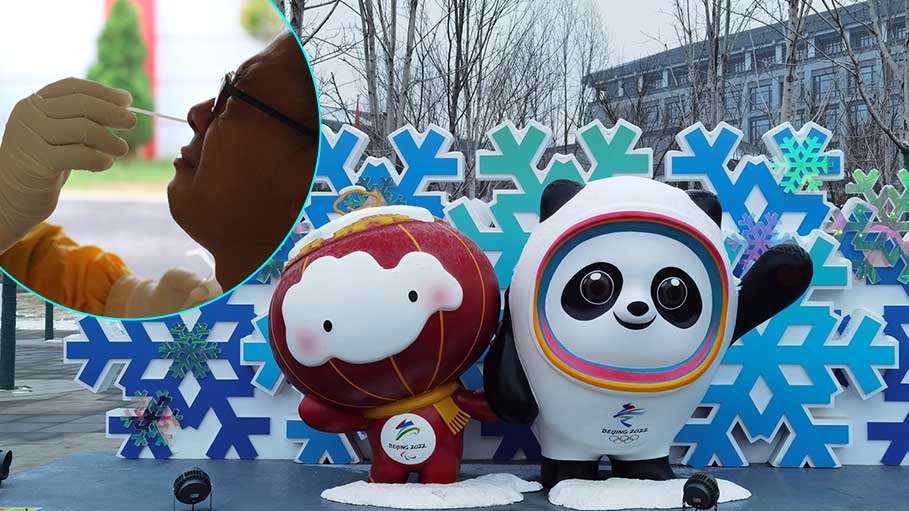 Beijing: Beijing city officials on Sunday said all two million residents of a neighbourhood where they identified a small cluster of Covid-19 infections will be tested, less than two weeks ahead of the start of the Winter Olympics.

The announcement came days after China's postal service ordered workers to disinfect international deliveries after authorities claimed mail could be the source of recent coronavirus cases.

Some 30 infections have been detected in the past week in Beijing, one of the world's most populous cities.

Both the WHO and the US Centers for Disease Control have said the risk of being infected from contaminated surfaces is low.

China's cases constitute a tiny fraction of the massive surge in countries around the globe, with the highly contagious Omicron variant driving a fresh spike in infections.

Still, multiple small outbreaks around China -- including in Beijing -- have tested the country's strict "zero Covid" policy, which authorities have pursued even as the rest of the world has gradually reopened.

Local authorities have identified Fengtai district in southern Beijing as the epicentre of a cluster of six new confirmed infections, taking the number of cases in the capital to 34.

All two million of the area's residents will be tested for Covid-19 starting from Sunday.

With the Beijing Games starting on February 4, international delegates, media personnel, and some athletes have already begun arriving.

In an effort to thwart the coronavirus, China is sealing the Olympics inside a tightly controlled bubble cocooning thousands of people and stretching nearly 200 kilometres (120 miles).

Germany: The Most Expensive Car in The World at $142 Million