Now with the non-citizen status of more than 40 lakh people in Assam, which also means their future, is at stake. 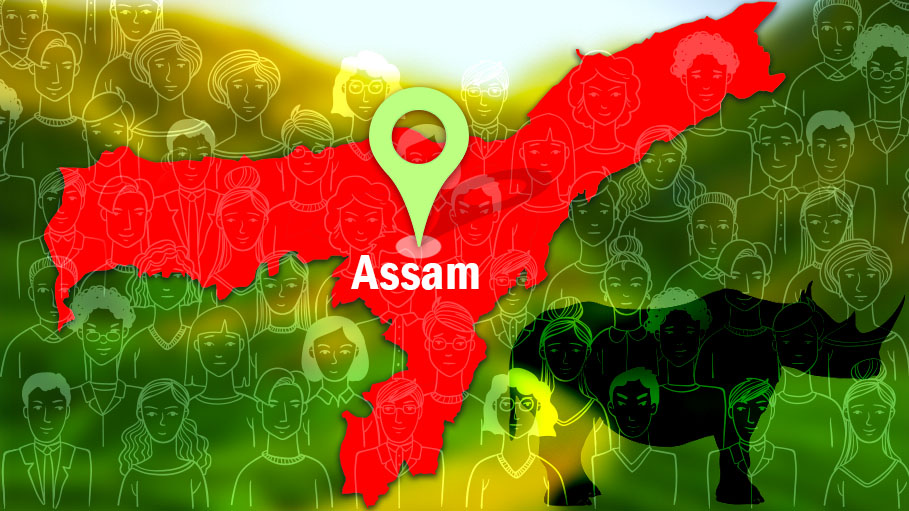 Declaring the draft, Register General of National Register of Citizen - NRC Sailesh said, “that this is a historic day for India and Assam. The exercise is unparalleled in size. It is a legal process done under the direct supervision of the Supreme Court”.

Now with the non-citizen status of more than 40 lakh people in Assam, which also means their future, is at stake. Though the government has assured all those who did not find their name in the final draft to give them a chance to prove their citizenship.

But there are some families in Assam, where some members can find their names, while others in the same family couldn’t find their name in the list. Like the case of Dipa Dey of Margherita in Upper Assam, all the members of her family have their name appeared in the list but her mother’s name is missing, while speaking to this writer she said, “in the first list also my mother’s name Mamata Dey, didn’t appear along with my maternal uncles. So this time we gave all needed documents, but now we can find that although my maternal uncles can find their names on the list, but my mother name is not yet registered”.

On being asked what they are planning to do now, Dipa said,  “As the government has said there is nothing to be panicked of, so we will again apply, as my mother already have Aadhar number, Pan number, Ration Card and School certificates to claim she was here before 1971”.

Though the state NRC has also clarified that those who couldn’t find their name in the list will not be sent to detention centers immediately, since it’s a draft and not the final list. “The process for making claims and objections will begin on August 30 and continue till September 28. Adequate and ample scope will be given to people for making objections. No genuine Indian citizen should have any fear”. Sailesh said.

The Chief Minister of Assam, Sarbananda Sonowal said that the NRC, which has become the “instrument to safeguard the interest of greater Assamese society” and also appealed to people, “NRC is a national programme. It is the duty and obligation of every Indian citizen to maintain peace in the wake of its publication. I appeal to all sections of the society to desist from making any inflammatory or communal remarks”.

Home Minister, Rajnath Singh said, “No coercive action will be taken against anyone, hence there is no need for anyone to panic. Some people are unnecessarily trying to create an atmosphere of fear. This is a completely impartial report. No misinformation should be spread. This is a draft and not the final list”.

The list contains names, addresses, and photographs of all citizens of the state residing in Assam before March 25, 1971. It also includes names from the NRC list of 1951.

National Register of Citizens (NRC) keeps the record of all legal citizens of a state. Initiated in the year 1951 along with the conduct of the first census in the country, the NRC takes into consideration things like property owned and houses in every village in the state and the number of people residing in them. Initially, the local government officers use to store the records manually. Later on, the police are given the responsibility.

The topic of NRC is controversial in Assam because, after 1951, the list in Assam was not updated. The demand to update the list was first raised by All Assam Students’ Union (AASU) and Assam Gana Parishad (AGP) in the early 1980s, which led to the anti foreigner’s agitation in the state. The motive behind the demand was to protect the culture of Assam from illegal immigrants, especially from Bangladesh. As between the periods of 1951 to 1961, the population of Assam increased by 36% and it further jumped by another 35% during the decade after that, because of regular influx of refugees from Bangladesh.

After six years of movements by the AASU and AGP, an agreement was reached with the government of India in 1985. According to the agreement, all foreigners who had entered Assam during the period of 10 years from 1951 to 1961 would be given full citizenship while those that entered after 1971 would be deported to Bangladesh and this agreement was popularly known as the Assam Accord.

In 1999, during a review meeting on Assam Accord, it was decided to update the long pending NRC. Accordingly, the government sanctioned, 20 lakhs for the project, out of which only 5 lakhs was released and no work happened till last year when the new government took up the work.

The first draft of the NRC was published on the night of December 31 and January 1 this year, which contained 1.9 crore names.