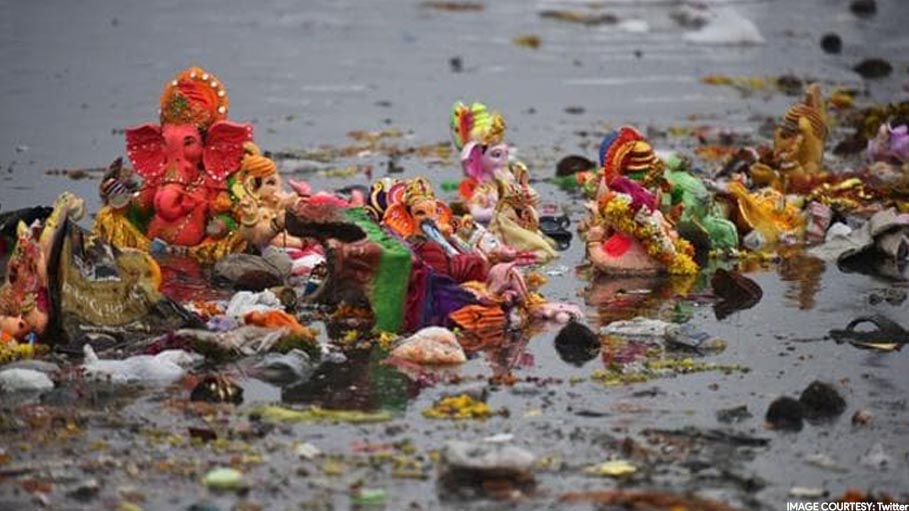 New Delhi: The Delhi government's pollution control body has asked district magistrates to ensure idols are not immersed in the Yamuna or any other water body in the national capital during this year's Ganeshotva and Durga puja.

Violations are punishable with a fine of ₹ 50,000 or a jail term of up to six years, it said in an order issued Monday.

The Delhi Pollution Control Committee (DPCC) has also asked urban local bodies to create artificial ponds in the proximity of residential areas for idol immersion. The Delhi Police has been directed to check the entry of vehicles carrying plaster of paris (POP) idols into the city.

Municipal bodies have been asked to issue directions to all zonal offices to take action against illegal idol-making. The DPCC said idol immersion creates serious problems as toxic chemicals used in their preparation leach out in the water.

"Paints, colours and dyes applied on such POP idols contain hazardous chemicals such as mercury, zinc oxide, chromium, lead, cadmium which harms aquatic life which when consumed by humans may cause cancer and other diseases including respiratory ailments and skin infection," it said.

Ganesh Chaturthi will be celebrated on August 31 and immersion is on September 9.

Though the National Green Tribunal banned idol immersion in the Yamuna in 2015, the Delhi government issued directions in this regard for the first time in 2019.