64% Directors Worried about Impact of AI on Their Organizations: Dale Carnegie

The survey revealed that nearly two-thirds are at least slightly worried about losing their jobs as a result of advancements in AI in the near future. 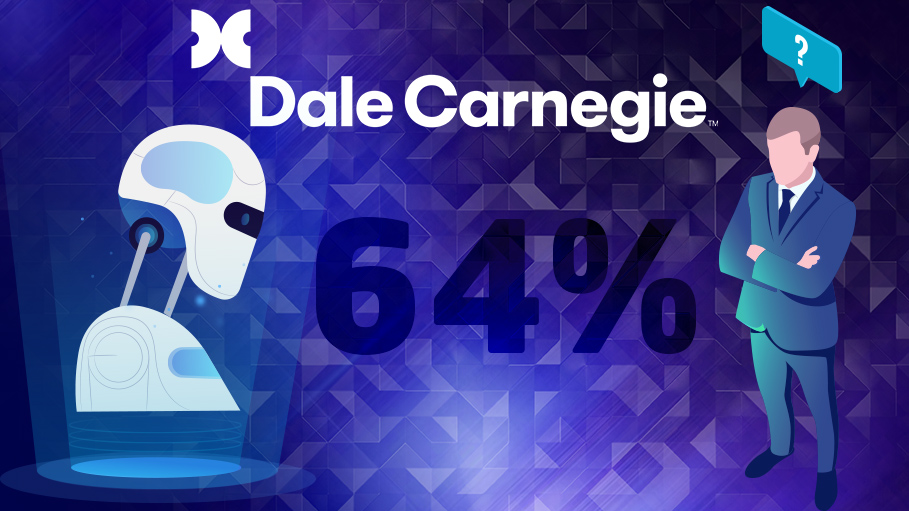 As high as 64 percent of directors worldwide are worried about the impact of AI on their organizations, suggested a whitepaper: “Beyond Technology: Preparing People for Success in the Era of AI” by Dale Carnegie. The online, web-based survey, conducted by Dale Carnegie asked more than 3,500 employees – from CEOs to individual contributors, across a wide range of industries and company sizes and spanning 11 countries – how they feel about AI and what they expect from it, with the objective of providing useful insights for leaders.

The survey revealed that nearly two-thirds are at least slightly worried about losing their jobs as a result of advancements in AI in the near future, 70 percent said they would feel positive about the potential to hand over some of their activities to AI, giving up routine tasks that get in the way of focusing on more meaningful work. Twenty-three percent of respondents to the survey said AI and automation are already impacting them in their roles, and another 44 percent said they expect it to in the next 1-5 years.

Pallavi Jha, Chairperson and Managing Director, Dale Carnegie of India, said that in today’s organizations, success depends on human-machine partnerships. Leaders should focus on building trust, providing transparency and building confidence in their workforce to be able to evolve along with the changing way of work. Trust and transparency will go a long way towards bringing in more people into decision-making processes and helping employees approach AI with a positive attitude.

Dale Carnegie feels that achieving the full potential of AI depends on a successful partnership between humans and machines. The research further identified three important aspects that would help employees feel more positive about AI:

Interestingly, Dale Carnegie of India organized ‘Expert Forum 2019,’ a global thought leadership annual roundtable on Friday, July 19 in New Delhi, where the white paper was launched. It brought together some of India’s foremost thought leaders and opinion-makers to brainstorm, challenge conventions and provide perspective on concepts that are critical for organizational success. This year’s roundtable discussion was based on the survey that highlighted how achieving the full potential of AI depends on a successful partnership between humans and machines.

The survey indicates that more than 60 percent of respondents are likely to accept appraisal by AI, if they are fully aware of the criteria. 32 percent of the respondents mention that they are not fully equipped with this criterion. Two in three people surveyed said they felt positive about AI taking over routine tasks so that they could focus on more meaningful work.

The whitepaper laid down aspects related to building trust at the workplace where employees can have a positive attitude towards change, be willing to learn new skills and accept changing roles working alongside machines.