Jean-Luc Van Den Heede arrived on Tuesday in Les Sables d’Olonne in western France in his 35-foot yacht Matmut, which is the first boat to finish the 30,000-mile Golden Globe race in 211 days. 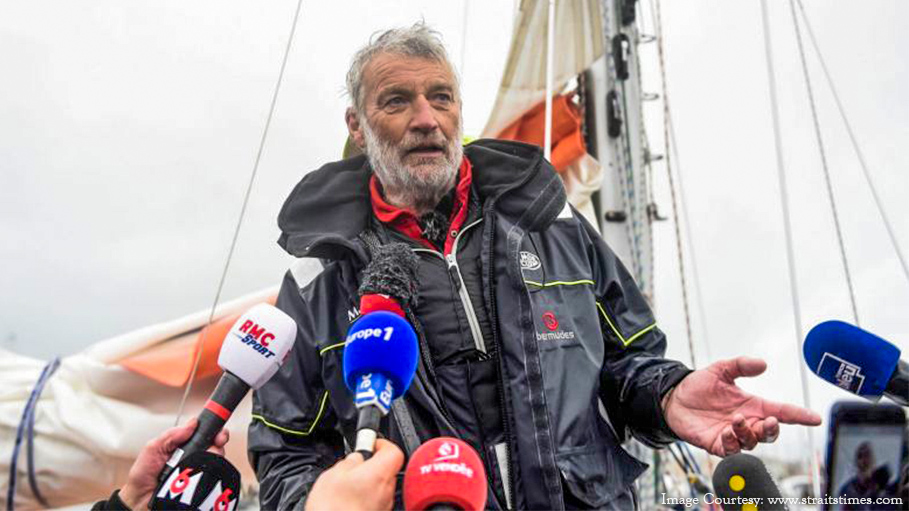 73-year-old, Jean Luc van den Heede has won the round-the-world Golden Globe race, which he completed without the support of modern technology even after travelling 211 days through sea. Jean-Luc van den Heede has completed the victory beating 17 other competitors in race. He started his voyage in the month of July last year.

Jean-Luc Van Den Heede arrived on Tuesday in Les Sables d’Olonne in western France in his 35-foot yacht Matmut, which is the first boat to finish the 30,000-mile Golden Globe race in 211 days. Out of the 19 sailors who started in July, only five were still in the race. Dutchman Mark Slats is the next among the five remaining sailors expected to arrive on the French west coast.

Jean-Luc Van Den Heede race took nearly a year involving a hard 30,000-mile solo travel across the globe in yachts, without the help of any modern technology except the use communication equipment.

Van den Heede, who completed his sixth round-the-world race with this race said, “What I've done is a big question of mental strength, it's more useful to have strong mental strength than physical strength”. He also added, “at 73 years old you still have good days ahead of you. Rediscovering the real roots of navigation like 50 years ago is what excited me about the race”.

The race was not new to Van den Heede. He is a veteran racer and has finished in second and third place during the Vendee Globe race in the 1990s. He shared his experience and the challenges during the travel, “This race is very different to the Vendee Globe because it is non-stop. The problem with these boats is they suffer and take every blow. I didn't see the time go, I didn't get bored. I told myself, 'it's hard, and you have to suffer”.

He also hit trouble in November, when his mast was damaged during a storm in the Southern Ocean. As anchoring on land to repairs would have disqualified him from the race, so he repaired the damage himself at sea.

In December, British competitor Susie Goodall was rescued by a Chinese container ship after her yacht was destroyed by a storm in the southern Pacific.

Now, Van Den Heede has no immediate plans to make another circumnavigation. As he says, “Now I will not sail around the world unless someone makes a great thing that still interests me”.