A Look at Sri Lanka's Most Powerful Rajapaksa Family

Last week, hundreds of thousands of protesters gathered around the residence of Lankan President Gotabaya Rajapaksa, forcing him to flee under military guard. 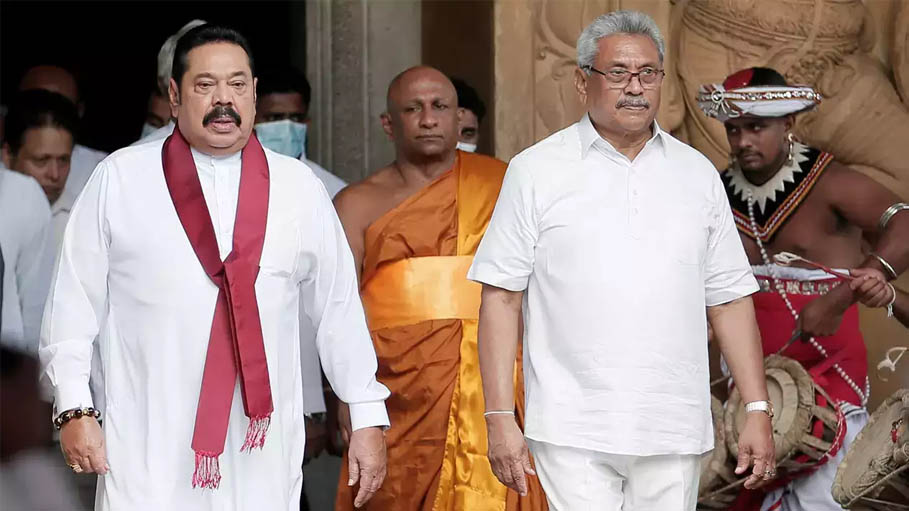 Colombo: Anger at Sri Lanka's dire economic crisis has been simmering for months, with many laying the blame for widespread shortages and runaway inflation squarely at the feet of the ruling Rajapaksa family. That anger boiled over last week with hundreds of thousands of protesters massing around the residence of President Gotabaya Rajapaksa, forcing him to flee under military guard just before the crowd overran the home and barged into his nearby office. The embattled president flew to the Maldives on Wednesday in a probable prelude to his resignation.

Here are profiles of some key members of his powerful clan:

Unlike his charismatic brother Mahinda, who heads the Rajapaksa clan and was prime minister until May, Gotabaya had little political experience. He came from a military background, having been in charge of the army and police throughout Mahinda's presidency from 2005 to 2015.

In 2009, he led a brutal government crackdown that crushed the separatist Tamil rebels after decades of civil war. The bloody final weeks of the conflict ended with -- according to UN estimates -- the deaths of around 40,000 civilians, who were herded into so-called no-fire zones that were then bombed by the armed forces.

He denies accusations that he was behind death squads that abducted and "disappeared" dozens of opponents in feared white vans. He has been dubbed "The Terminator" by his own family and is known for his short temper.

Mahinda Rajapaksa, 76, is the head of the clan. He was president for a decade, and before that, prime minister in 2004. Mahinda was once adored by the Sinhala-Buddhist majority for crushing the Tamil rebels.

He refused an international probe into atrocities allegedly committed during the war. A series of local enquiries have failed to yield either a proper war crimes investigation or prosecutions.

Critics say Mahinda also did little to bridge the divide with Sri Lanka's Tamils after the war. The community is barred from commemorating its war dead and remains largely marginalised.

During Mahinda's presidency, Sri Lanka also moved closer to China, borrowing almost $7 billion for infrastructure projects -- many of which turned into white elephants mired in corruption.

Mahinda Rajapaksa resigned as prime minister in May and had to be rescued by the military after thousands of protesters barged into his residence in Colombo.

Then there are other members of the family, including Basil Rajapaksa, 71, nicknamed "Mr Ten Percent" in a BBC interview in a reference to commissions he allegedly took from government contracts.

Subsequent administrations failed to prove any charges that he syphoned off millions of dollars from state coffers. All cases against him were dropped when Gotabaya became president.

Basil was made finance minister when Gotabaya became president but was jettisoned in April as the president tried to rescue his government.

He has since resigned from parliament.

Also out the door was another sibling, Chamal, 79, who was in charge of irrigation. His son Sashindra was involved in a disastrous ban on chemical fertiliser imports.

Mahinda's eldest son Namal, 36, who ran the sports ministry and had been touted as a future leader before the crisis, was also dropped.

With only Gotabaya left in power, Namal told AFP in May that the family was merely going through a "bad patch".

Akhil Bery from the Asia Society Policy Institute said at the time that even after Mahinda's resignation, "the Rajapaksa brand still has support amongst the Sinhalese population".

"Though much of the blame can be placed on the Rajapaksas now, their successors will inherit the mess, leaving space for the Rajapaksas to remain politically relevant," he told AFP.