A Used Napkin Led to the Arrest of a Murderer of a 12-Year-Old, Murdered in 1986 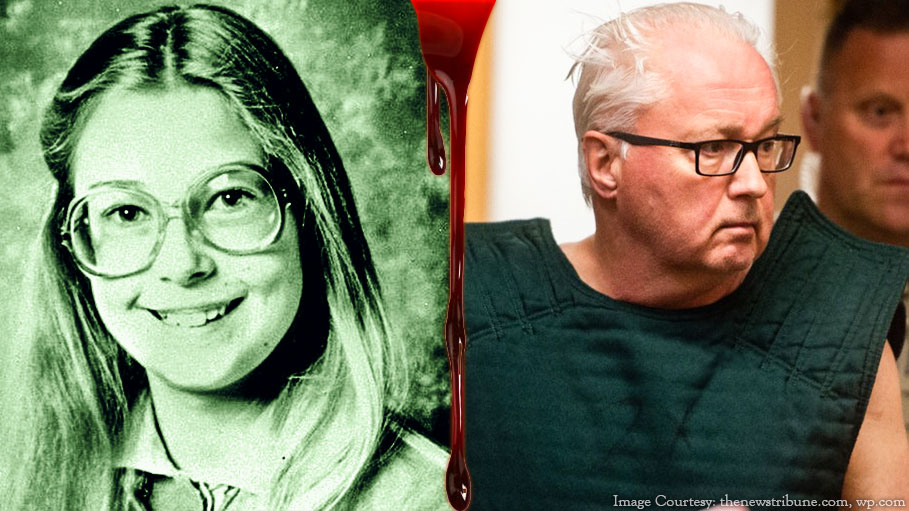 Improvement in technology has helped to crack a case that went cold for over three decades. Something as trivial as a discarded napkin at a restaurant led to the arrest of the murderer of a child named Michella.

On returning, they didn’t see Michella so they continued playing in a gulch. Suddenly, they noticed the bicycle and lunch at the place where they had planned to meet for a picnic. The girls immediately informed their babysitter, who in turn got in touch with their mother and informed about the disappearance of Michella. The Police were contacted and a search began.

The same night, a search dog found Michella’s body. The body was dumped in a gulch in a lonely place just a few miles away from the play area. Michella had been sexually assaulted and murdered and the body was disposed off. The police began investigating and they collected from the crime scene but no arrests were made.

The Police used the evidence collected from the crime scene and developed a male DNA profile, however, it did not match anyone in the state nor in the national databases.

The police struggled to solve the case and eventually it was shelved as an unresolved cold case.

How did DNA technology come into play in solving the case?

However, the advancement of DNA technology encouraged the police to take another look at the case. So, in 2006, police scientists began reconstructing a DNA imprint from the items that were collected from the crime site. Unfortunately, they could not find a connection to any offender in the United States.

However, with the advance in technology and the growth of genetic genealogy, there was a ray of hope. The extensive database and archives, and most importantly the people creating their family tree with the help of DNA testing kits have helped the police to finally nab the culprit who was roaming freely after committing the vicious crime. According to Tacoma police Chief Don Ramsdell, "Genetic genealogy uses DNA technology to identify subjects by matching the unknown profile to a family member."   He also added, "Traditional genealogy is then used to build a family tree from publicly available websites."

With the help of technology, the police zeroed in on two brothers, whose age and place of residence in 1986 matched with the location where the crime was committed and eventually they became the prime suspects. The police kept a constant watch on them as they wanted a chance to verify their genetic profiles.

Earlier this month, their wait paid off. Gary Hartman, one of the brothers ate breakfast with a co-worker at a restaurant with a co-worker. While on the next table there was an undercover cop sitting waiting for a chance. Gary Hartman used a napkin and discarded it on the table. As soon as he left, the investigator got hold of the napkin and sent it for analysis to a laboratory.

After the tests were carried out, it was discovered that the DNA of Gary Hartman matched that which was found on the body of the murdered girl, Michella Welch.

The Police immediately got into action and arrested Hartman at a set of traffic lights. The 66-year-old was charged with first-degree murder and first-degree rape on Friday. He is presently in police custody.

Technology is definitely playing an important role in solving cases that were a mystery.