Singh has been an active participant in some of the major celebrity cases as well as social cases such as the Salman khan hit and run case and the AIB roast case. 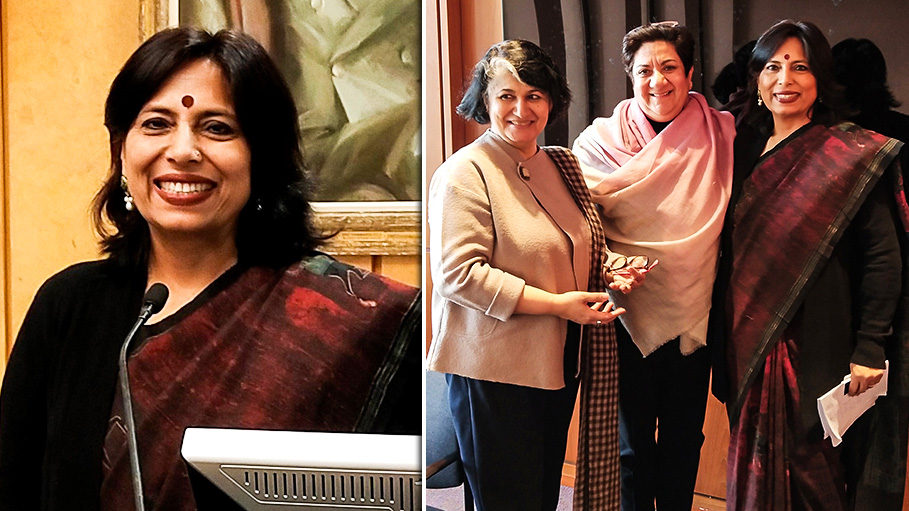 Abha Singh is a former bureaucrat, and is currently a social activist and lawyer practicing before the Bombay High Court. She has an MPhil in Child Rights from the prestigious Jawaharlal Nehru University, Delhi and has been a TEDx speaker at Oxford University. She has made considerable contributions in the realm of women’s rights, gender equality and justice. She is often regarded as one of the most outspoken and socially conscious lawyers of Mumbai. She has been an active participant in some of the major celebrity cases as well as social cases such as the Salman khan hit and run case and the AIB roast case.

Recently she was invited by the School of International and Public Affairs, Columbia University, USA, as a speaker at the “India Dialogues” a day-long conference of policy practitioners, academicians, policy leaders of tomorrow, the Indian Diaspora in the US and scribes, held at Columbia University (New York). The conference was graced by leading dignitaries like eminent policymakers, economist, activists including (i) Rajiv Mehrishi, Comptroller and Auditor General, (ii) Montek Singh Ahluwalia, Fmr. Dy. Chairman, Planning Commission, (iii) Dr. Ratna Sahay, Dy. Director IMF, (iv) Dr. Poonam Gupta, Dy. Director World Bank. The primary focus of her speech was the impact of the #MeToo movement on the corporate culture in India. She presented some hard-hitting facts to depict the plight of sexual harassment in India. Not only has sexual harassment increased by 45% in the last three years, but around 75% of the sexual harassment survivors also experienced reprisals when they spoke up.

Explaining the provisions, Advocate Abha Singh lamented the fact that many companies had not formed Internal Complaints Committees (ICC) to address the problems, thereby brazenly violating the Prevention Of Sexual Harassment Act (POSH Act). The rise of the #MeToo movement can be directly attributed to the failure of the POSH Act to curb sexual harassment and the absence of any strict punishment therein. Concluding on it she stressed the need to amend the Act by incorporating criminal liability for non-compliance with its provisions. She suggested that the strictness of the punishment should be increased by declaring an accused person as “Deemed Guilty”. Only then, she argued, would Corporate India be able to curb sexual harassment which has brought tremendous infamy to the country and has impeded the rise of women up the ranks. She ended her talk with words of encouragement, saying, “you are not a victim for sharing your story, you are a survivor for setting the world on fire with your truth”. She strongly believes that any sexual act against a woman should not be treated as a stigma which will make the women feel shameful; instead, it should be treated as a crime which will make the predator ashamed.

She also runs an NGO by the name Rann-Samar through which she provides free legal assistance to the helpless women and slum dwellers who have been unfairly persecuted by local authorities for land that is rightfully theirs. The NGO also provides computer training to convicts of Lucknow and Jaunpur Jail. She has adopted a village in Dadaura in Barabanki where the NGO is working for women empowerment. Girls who had dropped out due to poverty have readmitted in school. The NGO is looking after their fees, books and uniforms. She is also running a free legal Aid Centre in Dharavi.