The Indian government was furious when Pakistan released a video showing Abhinandan blindfolded with blood on his face and hands tied. They immediately connected with Islamabad's deputy high commissioner and labelled the act as a “vulgar display of injured personnel." 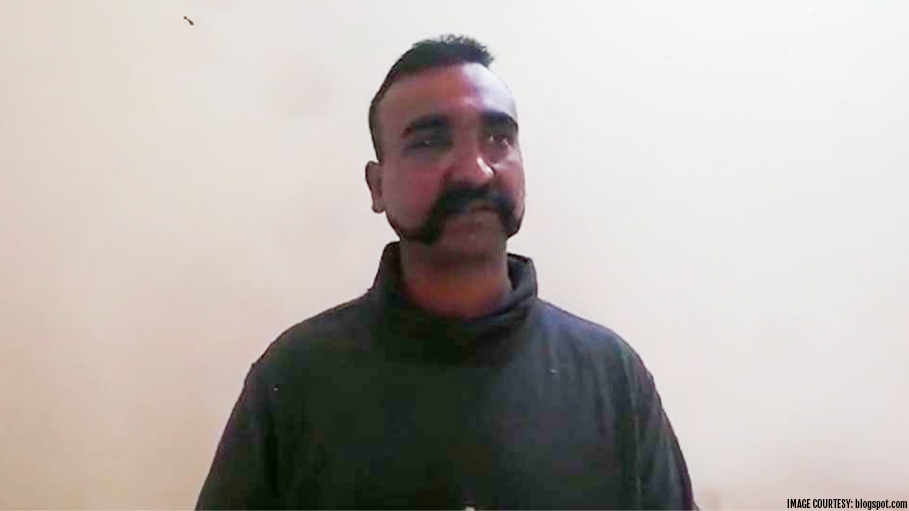 Indian air force pilot Abhinandan Varthaman who was captured by the Pakistani forces has become India’s prime focus amid tensions between the two countries. Abhinandan’s plane an Air Force MiG 21 Bison crashed into the Pakistan territory in the Lam Valley after he shot the Pakistani F-16 aircraft in a fierce combat. The pilot is being hailed a hero and the nation is praying for his safe return.

Surprisingly, Abhinandan has previously appeared in the popular NDTV show called ‘NDTV Good Times’ in 2011 where he’s much younger. He’s seen speaking about the kind of diet a pilot needs. He also jokes that a “bad attitude” is what is needed to be a good pilot. The brave pilot explains that the rules are clearly defined when it comes to flying as a team. The pilots have to trust their colleagues completely with their lives. It’s “blind faith and there are no two ways about it’, says the brave heart.

The Indian government was furious when Pakistan released a video showing Abhinandan blindfolded with blood on his face and hands tied. They immediately connected with Islamabad's deputy high commissioner and labelled the act as a “vulgar display of injured personnel."

The videos were immediately taken off as this act of Pakistan was also a violation against the ‘Geneva Convention for prisoners.’ Later another video was released showing the pilot all cleaned up and sipping tea. He said that the Pakistani officers have looked after him well. He revealed his name, military position and explained that he’s from down south, however, he refused to give any information when he was asked about his mission. "I'm not supposed to tell you that”, he said. Abhinandan Varthaman’s calm and composed temperament amid high tensions between both the countries is the current talk on social media.

On Wednesday, the Indian government demanded a safe return of the Indian pilot and advised Pakistan personnel that no harm should come to him. According to Pakistan's military spokesman Maj Gen Asif Ghafoor, the pilot is being treated well. Meanwhile, Pakistani poet and writer Fatima Bhutto has also posted this op-ed in New York Times, "I and many other young Pakistanis have called upon our country to release the captured Indian pilot as a gesture of our commitment to peace, humanity and dignity,".