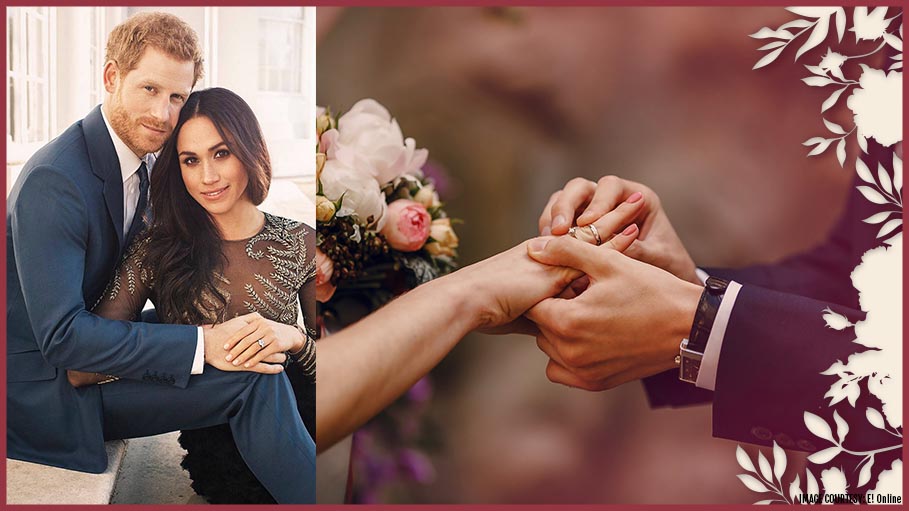 When is the wedding slated to take place?

Prince Henry Charles Albert David of Wales -- known worldwide as Prince Harry will marry Meghan Markle on May 19 in a ceremony starting at 7 a.m. EST, or noon local time. The ceremony is expected to last an hour. The day is falling on a Saturday which is quite unusual as most of the British royal weddings take place on a weekday.

Where is the wedding taking place?

The wedding is slated to take place at St. George’s Chapel at Windsor Castle. The Archbishop of Canterbury will officiate as the couple take their vows and the Dean of Windsor will conduct the service.

What formalities have to be taken care of before the wedding?

Before the wedding, certain formalities need to be completed. The baptism and confirmation of Markle in the Church of England will take place. The ceremony is expected to be a private one which will be held at Kensington palace. Her parents will be present during the ceremony. She will have to become a British citizen.She's already undergoing the process.

Justin welby , the Archbishop of Canterbury tales will baptize Markle as an Anglican.

Who are invited to attend the event?

Around 2,640 people have been invited by the soon-to-be married couple into the grounds of Windsor Castle,which is considered  a prime location to watch the couple’s arrival and carriage procession.

Among those invited,1,200 will be members of the public,who will be  nominated by local Lord Lieutenant offices.

In a statement the palace has said "The couple has asked that the people chosen are from a broad range of backgrounds and ages, including young people who have shown strong leadership, and those who have served their communities,"

The happy couple have invited a long list of members including members of important  charities and organizations, local school children, residents of Windsor and members of the Royal Household.

However, they will not be seated at St. George's Chapel during the ceremony. The Chapel has about 800 seats which are meant for immediate family and close friends of the couple.

Queen Elizabeth II, Harry's grandmother and other royals are expected to attend the wedding, along with Markle's parents, Thomas Markle and Doria Ragland.

The Engagement ring was designed by Prince harry himself. The center stone is from Botswana and the two stones that flank the center jewel are from Princess Diana's collection. This was done to honor Princess Diana, Prince Harry’s mother.

What is special about the wedding date?

There could be a new addition to list of people attending the wedding.

Kate Middleton, the Duchess of Cambridge who is expecting her third child with Prince William is due in April. So in all probability there may be newborn attending the grand wedding.

Also, the date may have something to do with Prince Philip. Prince harry is very close to his grandfather who is 96 years old.  This close bond between Prince Philip and his grandson is perhaps one of the reasons why the wedding is happening so soon.  Prince Harry wants his grandfather to be present at his wedding and to be  fit and healthy during the most important moment of his life.

Another fact about May 19 is that Anne Boleyn, the former queen of England, was executed on this date as ordered by her husband, King Henry VIII, in 1536.

The FA Cup final, one of the biggest English sports events of the year will take place on this date.

SEE ALSO:
How to Become an Industry Influencer

User Behavior – How You Can Use it for Your Advantage