Who was quite inspired by Ms. Marie’s decluttering techniques was actress Jaya Bachchan. She was so impressed by the ‘decluttering guru’ that she gifted a copy of Marie’s bestselling book ‘The Life-Changing Magic of Tidying Up' to Big B aka Mr. Amitabh Bachchan. 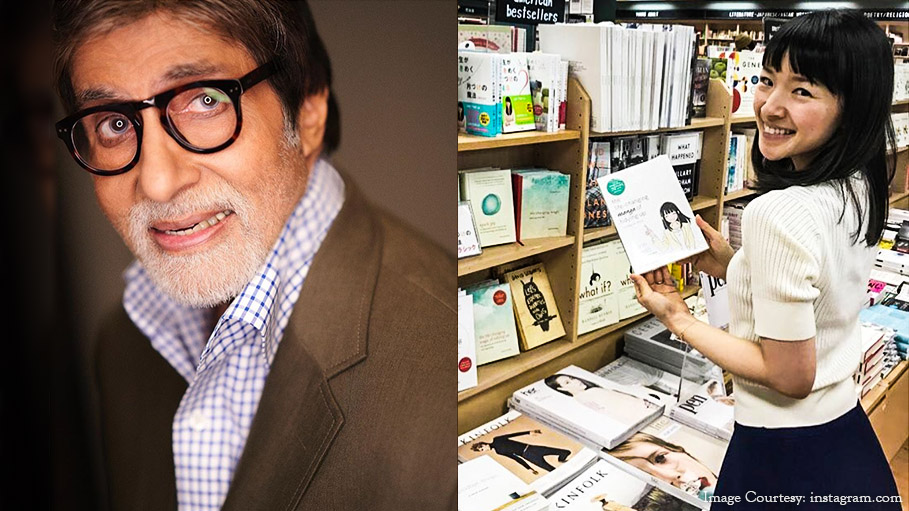 ﻿Netflix recently released the hit show ‘Tidying up with Marie Kondo’ which inspired viewers to organize their lives by the act of decluttering.

Marie Kondo is a Japanese Organizing Consultant and an author who was obsessed with tidying since childhood.

Even in school, Marie would run to her classroom to tidy up her bookshelf while her classmates would be playing outside.

She is the author of four books on organizing till date which has sold millions of copies. Her books have also been translated from Japanese to several other languages.

Who was quite inspired by Ms. Marie’s decluttering techniques was actress Jaya Bachchan. She was so impressed by the ‘decluttering guru’ that she gifted a copy of Marie’s bestselling book ‘The Life-Changing Magic of Tidying Up' to Big B aka Mr. Amitabh Bachchan.

Mr. Bachchan was so amused by this act of his wife that he turned to Twitter to share a few words with his loyal fans.

T 3066 - 'The Life-Changing Magic of Tidying " book by Japanese author Marie Kondo .. and the Wife presents me a copy, hoping that it 'inspires me' ...

This is how some of Mr. Bachchan’s ardent followers responded:

But I’ve read and known that you have great organisational skills...!

Very true at home BOSS (wife) is always right. This is the Best tip for a husband..

There is a Netflix series on the book as well, enlightening to see how we hold on to things that don’t bring us joy. Definitely, recommend watching it!

Mine made me watch her show on Netflix, and now i am pretty much tied up tidying all the way from attic to basement; this too will pass.

I can help you to donate the book after you are inspired enough. my 14-year-old daughter needs it badly and she is obsessed with Everything Japanese.

Reading the book or tidying up??

Speaking of the author of the much talked about book; Marie Kondo revealed that one day she heard a mysterious voice like a ‘god of tidying’ that was telling her to look at her things more closely. After hearing that inner voice, a realization dawned on her. She revealed that “I was only looking for things to throw out. What I should be doing is finding the things I want to keep. Identifying the things that make you happy: that is the work of tidying."