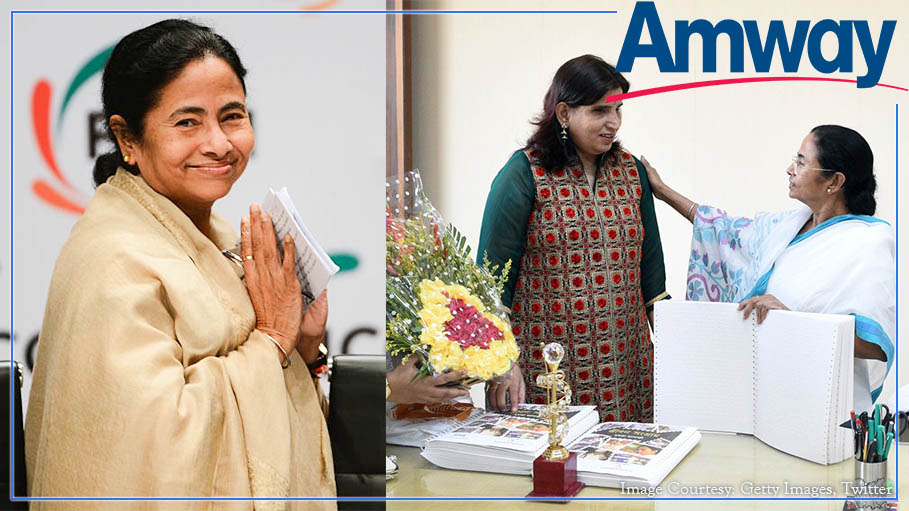 Amway India, a wholly owned subsidiary of Michigan-headquartered $8.8 billion Amway and the country’s largest Direct Selling FMCG Company, has now brought out the Braille version of the autobiography (titled ‘Jibon Sangram’ meaning struggles of life) of West Bengal chief minister Mamata Banerjee, teaming up with Turnstone Global, (formerly NAB, West Bengal Chapter). The book is a poignant narrative of the journey into the life of Mamata Banerjee, one of India's most renowned politicians. The memoir, according to discerning readers, is a forthright account of her trials and tribulations, which have inevitably contributed to both her personality and her role as a politician. The Braille version will be undoubtedly a source of inspiration to millions of visually impaired students as well, Amway India officials felt. The release of the Braille version of the book has been part of the company’s 20th-anniversary celebration in India.

Chandra Chakraborty, Regional Manager, East, Amway India, said that the company had been working tirelessly towards the welfare of the visually impaired with a firm belief that education is the key to the future that creates opportunities transcending physical limitations. The company sincerely hopes that their support will inspire the students of Turnstone Global to excel in different aspects of life and showcase their talent in different forums.

Besides this initiative, Amway has already taken various initiatives to support the cause of visually impaired. And some of the significant initiatives include: Braille Books distribution in 12 States, Computer Centres in 15 cities, Braille Libraries in 33 cities, digitizing educational material for visually impaired students, Mobile Application – Accessible Reader, Training Academy in Madurai.

A senior Amway official said that Amway India’s CSR initiatives are based on the belief that social responsibility is much more than the incurrence of a cost or a resource on a charitable/ philanthropic act of social benefit. It is an opportunity to bring in social innovation and change. This belief is articulated in Amway’s vision of helping people live better lives. When it comes to commitment to corporate citizenship, Amway India makes a serious and concentrated effort to reach out and help people improve their lives.

For instance, Amway had started focusing on the visually impaired way back in 1999 and ensured that 85,000 school-going children, had access to Braille textbooks. As many as 15 projects were undertaken in 12 states under this project, between 1999 and 2005.