Pakistan Floods: According to the reports, Angelina Jolie landed in Dadu, Pakistan, and will hear from people affected directly about their needs and about steps to prevent such suffering in the future. 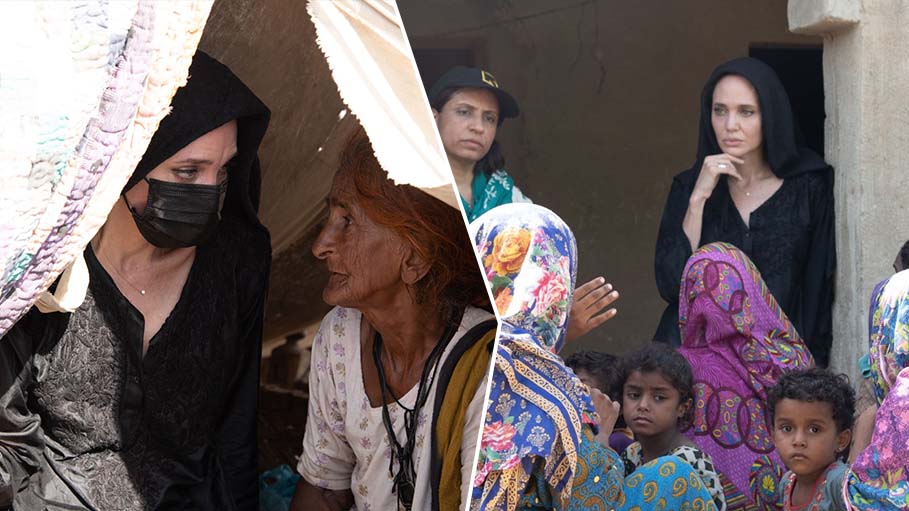 Islamabad: Hollywood star Angelina Jolie on Tuesday arrived in Pakistan to support people affected by the devastating floods in the country.

According to the Express Tribune, the 'Salt' actor landed in Dadu, Pakistan, and will hear from people affected directly about their needs and about steps to prevent such suffering in the future.

"International humanitarian Angelina Jolie is visiting Pakistan to support communities affected by the devastating floods. Heavy rains and floods across the country have impacted 33 million people and submerged one-third of the country under water. Angelina Jolie is visiting to witness and gain an understanding of the situation, and to hear from people affected directly about their needs, and about steps to prevent such suffering in the future," the report said, citing a release of International Rescue Committee (IRC).

"Jolie, who previously visited victims of the 2010 floods in Pakistan, and the 2005 earthquake, will visit the IRC's (International Rescue Committee) emergency response operations and local organisations assisting displaced people including Afghan refugees. Jolie will highlight the need for urgent support for the Pakistani people and long-term solutions to address the multiplying crises of climate change, human displacement and protracted insecurity we are witnessing globally," the IRC release added.

The monsoon rains have claimed more than a thousand lives across Pakistan since June and unleashed powerful floods that have washed away swathes of vital crops and damaged or destroyed more than a million homes.

According to the authorities, the death toll has reached 1,559, including 551 children and 318 women and viral diseases such as malaria, dengue fever, diarrhoea, and skin infections have wreaked havoc across provinces as the water starts to recede.

The record monsoons and heavy floods have affected 33 million people and are estimated to have caused USD 30 billion of damage.