Saudi Arabia is pulling out all the stops to ensure the success of Aramco’s initial public offering after Crown Prince Mohammed bin Salman finally decided to offer shares in the world’s largest oil producer. 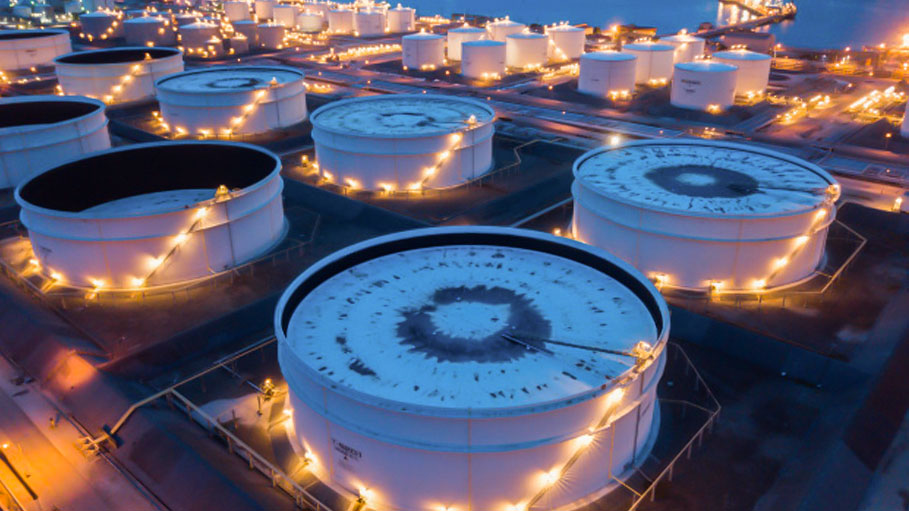 Saudi Arabia is pulling out all the stops to ensure the success of Aramco’s initial public offering after Crown Prince Mohammed bin Salman finally decided to offer shares in the world’s largest oil producer.

The kingdom cut taxes on the company for a third time, revealed incentives for investors not to sell and is considering boosting dividends further. Yet the Saudi government has already conceded the company probably isn’t worth the $2 trillion valuation Prince Mohammed has long advocated.

More than three years after the IPO was first mooted, Aramco published a so-called intention to float on Sunday, the most dramatic change to the Saudi oil industry since the company was nationalized in the 1970s. The IPO is a cornerstone of Prince Mohammed’s Vision 2030 plan to make the Saudi economy ready for the post-oil era.

Saudi Arabia is aiming for a valuation of between $1.6 trillion and $1.8 trillion, according to people familiar with the matter. Analysts at banks working on the deal offered wildly diverging estimates: Goldman Sachs Group Inc. told investors Aramco is worth between $1.6 trillion and $2.3 trillion. Bank of America, another top bank on the deal, had the bottom of its range at just $1.2 trillion. BNP gave an estimate of $1.42 trillion.

With Aramco employing more than 20 banks on its IPO, investors have few options for truly independent research. Still, a few outfits have started publishing their estimates. Sanford C. Bernstein & Co., for example, said fair value is between $1.2 trillion to $1.5 trillion, well below what the banks working on the IPO have projected.

“This is the right time for us," Chairman Yasir Al-Rumayyan said at a news conference at Aramco’s headquarters in the eastern city of Dhahran on Sunday.

Aramco’s net income last year of $111 billion made it the most profitable of any corporation -- more than Apple Inc., Google’s parent Alphabet Inc. and Exxon Mobil Corp. combined -- but the company has pledged to pay a minimum of $75 billion in dividends, leaving it vulnerable to a downturn in oil prices.

Most of the banks valuations are based on oil prices staying above $60 a barrel and assume Aramco will be able to raise oil production by 2021. Almost every bank assumes Aramco will need to take debt this year and next year to cover spending and dividend payments. JPMorgan Chase & Co. published a 118-page report without offering a valuation, but called Aramco the first “mega-major" oil company.

To boost investor appetite, Aramco said it will pay an income tax rate of 20% on its domestic downstream business starting next year, compared with current levies of between 50% to 80%.

In addition to already announced changes in royalty payments, the government has also exempted condensate -- a light oil produced in conjunction with natural gas -- from the tax until 2033. Those measures would have boosted free cash flow by $4.5 billion in the first six months of this year, the company said in the intention to float document.

Saudi retail investors will be eligible to receive one share for every 10 allotted shares if they continuously hold the shares for 180 days from the first date of trading and listing, Aramco said.

Global banks have hotly contested a role in the deal. More than 20 have been mandated, with the top roles going to firms including Citigroup Inc., Goldman Sachs and JPMorgan Chase. To get the deal done, bankers will need hefty contributions from the kingdom’s richest families, many of whom may have been targeted during a declared corruption crackdown in 2017 when scores of wealthy Saudis were held in Riyadh’s Ritz-Carlton Hotel.

Aramco must also contend with the strengthening global movement against climate change that’s targeted the world’s largest oil and gas companies. Many fund managers are concerned that the shift away from the internal combustion engine -- a technology that drove a century of steadily rising demand -- means consumption of oil will peak in the next two decades.

Investors will also have to weigh up how to factor in heightened geopolitical risks after attacks in September on Aramco’s crude-processing facilities knocked out half of its production. The company said it quickly restored output and never missed any customer orders, but the incident highlighted its vulnerability to regional military threats.