According to Prime Minister's Office (PMO), Hemkosh was among the earliest Assamese dictionaries dating back to the 19th century. 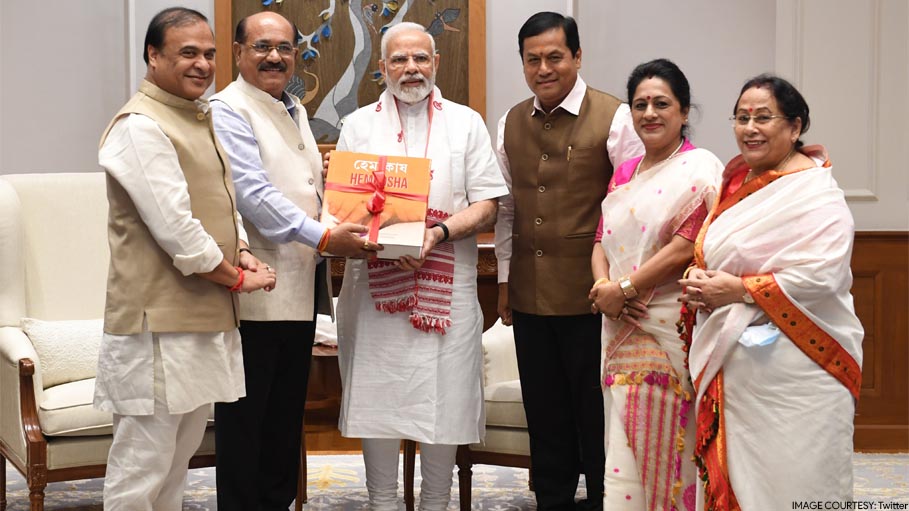 New Delhi: Prime Minister Narendra Modi on Wednesday received a copy of the Braille version of the Assamese Dictionary 'Hemkosh' from Jayanta Baruah.

According to Prime Minister's Office (PMO), Hemkosh was among the earliest Assamese dictionaries dating back to the 19th century.

PM Modi complimented Jayanta Baruah and his team for his efforts leading to the publication of the Braille version.

He also informed the Prime Minister about the status of the underwater tunnel between Kaliabor and Jamuguri.

The Chief Minister also once again extended an invitation to the Prime Minister to the concluding function of the 400th birth anniversary of Lachit Borphukan to be held in New Delhi on November 24 next.

Earlier, the first Braille edition of 'Hemkosh', an Assamese dictionary, was gifted to the Prime Minister by the Chairman of 'Sadin-Pratidin' group of publications, Jayanta Baruah in which Chief Minister Sarma and Union Minister Sarbananda Sonowal were present.