The young hunk began his career as a television artist in America. In May 2007, he was a guest star in the serial ‘Hannah Montana’ where he was paired opposite Miley Cyrus. 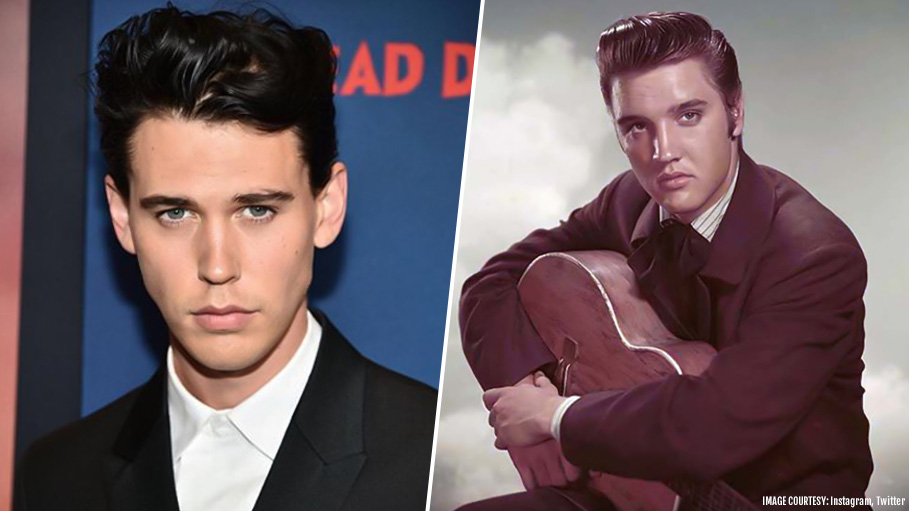 The lucky actor who has been bestowed with the honor of portraying the role of ‘King of Rock n Roll’ –Elvis Presley is 27-year-old Austin Butler. The young actor broke the good news on Instagram by quoting a line from Elvis Presley’s famous song ‘Love Me Tender’, “You have made my life complete, and I love you so.”

The young hunk began his career as a television artist in America. In May 2007, he was a guest star in the serial ‘Hannah Montana’ where he was paired opposite Miley Cyrus. Later he got a break in a movie- ‘Aliens in the Attic’ where he played Jake Pearson who along with his family saves his home from an alien invasion.

The star has also been cast in Quentin Tarantino’s ‘Once Upon A Time …in Hollywood’ that stars Leonardo DiCaprio and Brad Pitt as leads.

Butler’s promising career has just taken off and the director of the Elvis Presley biopic- Baz Luhrmann is all praise of Butler. The talented and Oscar-nominated director of movies like ‘The Great Gatsby’ and ‘Moulin Rouge’ said, “I knew I couldn’t make this film if the casting wasn’t absolutely right, and we searched thoroughly for an actor with the ability to evoke the singular natural movement and vocal qualities of this peerless star, but also the inner vulnerability of the artist …” He finally found it in Austin Butler. “I knew unequivocally that I had found someone who could embody the spirit of one of the world’s most iconic musical figures.”

It was not easy to find someone who could portray one of the most sought after personalities in the music industry admitted the director. Luhrmann said that they had to go through a long procedure of intense searching before his eyes fell on Austin Butler. He took his time till he was finally convinced that it is Butler who could rightfully do justice to the global icon.

Luhrmann was particularly impressed with Butler’s performance in the recent Broadway play ‘The Iceman Cometh’ – a play written by American playwright- Eugene O’Neill in 1939.

An important aspect that the biopic will explore is Elvis’s complex relationship with his manager Colonel Tom Parker which will be portrayed by Tom Hanks. It will also cover the singer’s fascinating journey from that of an ordinary singer to the most sought after personality in the music industry. The director, however, admitted that it was an honour to encounter such a “vast array of talent.”

Luhrmann wrote the screenplay along with Craig Pearce and he would co-produce the movie along with his long-time and oscar-nominated collaborator Catherine Martin. The filming of the movie will take place in Queensland, Australia and the production will begin early next year. Warner brothers will work on the distribution.

The film’s talented cast appears promising and this makes the movie worth waiting for. It would be highly compelling to explore the legend’s captivating life and how he conquered the big wide world of music and ultimately became the ‘king of hearts’ even to this day.