Australia on Sunday accused the Chinese military of putting an Australian Defence Force flight crew at risk when their plane was intercepted late last month over the South China Sea. 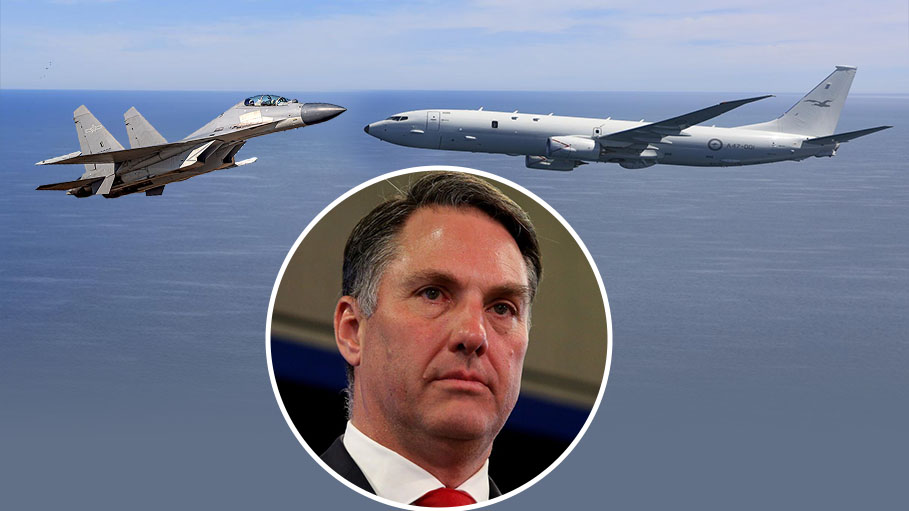 Sydney: Australia on Sunday accused the Chinese military of putting an Australian Defence Force flight crew at risk when their plane was intercepted late last month over the South China Sea.

Defence Minister Richard Marles revealed a Chinese strike fighter had on May 26 intercepted an Australian P-8 surveillance craft, flying close and releasing flares before it accelerated and cut in front of the plane.

"At that moment, [the Chinese plane] then released a bundle of chaff which contains small pieces of aluminium, some of which were ingested into the engine of the P-8 aircraft," Marles told media Sunday.

"Quite obviously, this is very dangerous".

The crew were unharmed and were able to return to their base, Marles said, but Australia had conveyed its concerns to Beijing -- the first contact the country's new government has had with the Chinese military since it came to power on May 21.

Prime Minister Anthony Albanese said it was not unusual for Australia to undertake surveillance in the South China Sea, a region Beijing fiercely contests is its domain entirely, despite a 2016 Hague ruling that dismissed its historic claims.

China's stance has heightened tensions with the United States and its allies, which insist on freedom of navigation in the area.

Albanese said Australia had acted in "accordance with international law, exercising the right to freedom of navigation and overflight in international waters, and airspace".

The incident comes just three months after Australia accused the Chinese military of shining a military-grade laser at one of the country's defence planes over waters north of Australia.

The former Australian administration labelled the incident "an act of intimidation" and said it had the potential to endanger lives.

And earlier this month, Canada's military made a similar accusation, saying Chinese pilots acted unprofessionally during recent encounters with its planes in international airspace.

The Canadian aircraft, deployed in Japan as part of a multinational effort to enforce UN sanctions against North Korea, had to quickly modify their flight path to "avoid a potential collision with the intercepting aircraft", it said.