A prolonged summer heatwave in Australia left 91 per cent of the Great Barrier Reef's coral damaged by bleaching, according to a new government monitoring report. 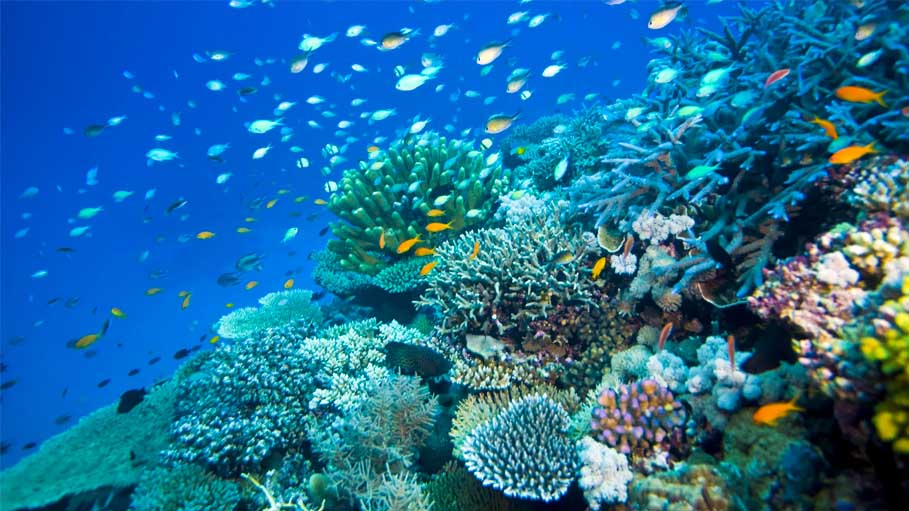 Australia: A prolonged summer heatwave in Australia left 91 per cent of the Great Barrier Reef's coral damaged by bleaching, according to a new government monitoring report.

It was the first time on record the reef had suffered bleaching during a La Nina weather cycle, when temperatures would normally be expected to be cooler.

The Reef Snapshot report offered new detail on the damage caused by the fourth "mass bleaching" the world's largest coral reef system has experienced since 2016, which was first revealed in March.

"Climate change is escalating, and the Reef is already experiencing the consequences of this," the report warned.

It found that after waters began to warm last December, all three major regions of the reef experienced bleaching -- a phenomenon that occurs when coral is stressed and expels brightly coloured algae living in it.

Although bleached corals are still alive, and moderately affected sections of the reef may recover, "severely bleached corals have higher mortality rates", the report said.

The report was published 10 days before Australia's May 21 federal election, in which climate change policy has emerged as a key issue for voters.

Next month, the United Nations' World Heritage Committee will decide whether to list the reef as "in danger".

When the UN previously threatened to downgrade the reef's World Heritage listing in 2015, Australia created a "Reef 2050" plan and poured billions of dollars into protection.