Australia said Thursday that more US troops will rotate through the island nation and that the allies will cooperate on missiles, the latest joint steps amid shared concerns over a rising China. 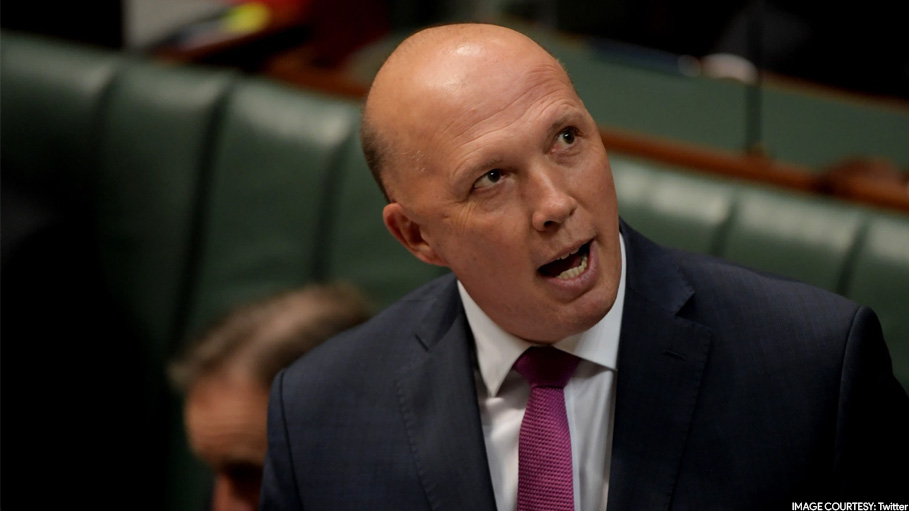 Washington: Australia said Thursday that more US troops will rotate through the island nation and that the allies will cooperate on missiles, the latest joint steps amid shared concerns over a rising China.

Australia announced a three-way alliance with the United States and Britain in which Canberra will acquire nuclear-powered submarines, enraging France whose own major contract for conventional submarines was scrapped.

Outlining further measures on a visit to Washington, Defense Minister Peter Dutton said Australia will be "significantly enhancing" cooperation including working together on the development of missiles and explosive ordnance.

He said Australia was willing to see more US Marines in a decade-old rotation through the northern city of Darwin.

"I do have an aspiration to make sure that we can increase the numbers of troops through the rotations," Dutton said.

"The air capability will be enhanced, our maritime capability enhanced and certainly the force posture enhanced."

US Defense Secretary Lloyd Austin, also without giving numbers, confirmed that the United States "will expand our access and presence in Australia."

"While we seek a constructive, results-oriented relationship with the PRC, we will remain clear-eyed in our view of Beijing's efforts to undermine the established international order," Austin said.

China has voiced anger over the nuclear submarine deal which comes as Australia faces growing commercial and diplomatic pressure from the Asian power, a major destination for its food and energy exports.

"Beijing has seen over the past months that Australia will not back down and the threats of economic retaliation and pressure simply will not work," Blinken said.

"The United States will not leave Australia alone on the field or, better yet, on the pitch," he said, using sporting metaphors.

President Joe Biden has cited the need to focus on China as he controversially withdrew the final US troops from Afghanistan last month.

Around 2,200 US Marines were scheduled to come through Darwin in the 2021 rotation, with restrictions in place due to Covid-19 and Australia's strict quarantine measures.