Australia will take China before the World Trade Organization over Beijing's imposition of crippling tariffs on Australian wine exports, it announced Saturday, in the latest sign of worsening tensions between the two countries. 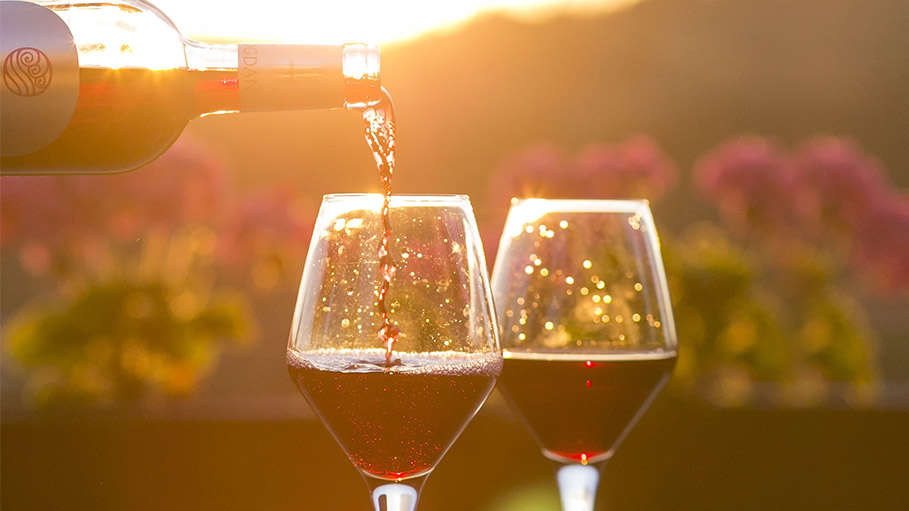 Sydney, Australia: Australia will take China before the World Trade Organization over Beijing's imposition of crippling tariffs on Australian wine exports, it announced Saturday, in the latest sign of worsening tensions between the two countries.

The decision "to defend Australia's winemakers" comes six months after Australia lodged a separate protest at the WTO over tariffs on Australian barley and is in line with the government's "support for the rules-based trading system", said in a statement.

It added, however, that "Australia remains open to engaging directly with China to resolve this issue".

It is the latest incident in an escalating tussle between Australia and its largest trading partner and follows warnings by Prime Minister Scott Morrison that his government would respond forcefully to countries trying to use "economic coercion" against it.

China in November slapped tariffs of up to 218 percent on Australian wines, which it said were being "dumped" into the Chinese market at subsidised prices.

The crackdown virtually closed what had been Australia's biggest overseas wine market, with sales falling from Aus$1.1 billion (US$ 840 million) to just Aus$20 million, according to official figures.

"The actions taken by the Chinese government have caused serious harm to the Australian wine industry," Trade Minister Dan Tehan said at a press conference announcing the decision to lodge a formal dispute with the WTO.

"We would love to be able to sit down and be able to resolve these disputes" directly with the Chinese, he said, but added that lower-level official contacts had failed to make progress.

"We will use every other mechanism to try and resolve this dispute and other disputes that we have with the Chinese government," he said.

Tehan acknowledged that the dispute process within the WTO was difficult and estimated it would take two to four years for any resolution.

Beijing has imposed tough economic sanctions on a range of Australian products in recent months, ranging from high tariffs to disruptive practices across several agricultural sectors, coal, wine and tourism.

The measures are widely seen in Australia as punishment for pushing back against Beijing's operations to impose influence in Australia, rejecting Chinese investment in sensitive areas and publicly calling for an investigation into the origins of the coronavirus pandemic.

Saturday's move came just a week after a summit of the G7 grouping of advanced economies echoed Australia's call for a tougher stand against China's trade practices and its more assertive stance globally.

The G7 summit ended on June 12 with the announcement of US-led plans to counter China's trillion-dollar "Belt and Road Initiative", the hallmark of its efforts to extend economic influence around the world.

The grouping promised hundreds of billions of dollars in infrastructure investment for low- and middle-income countries in a "Build Back Better World" (B3W) project.

The B3W was seen as aimed squarely at competing with China's efforts, which has been widely criticised for saddling small countries with unmanageable debt.

Morrison attended the summit as part of a G7 plus formula that also brought in the leaders of South Korea, South Africa and India, and made clear he would push the other nations for joint action against China's aggressive trade policies.

"The most practical way to address economic coercion is the restoration of the global trading body's binding dispute-settlement system," he said in a speech just ahead of the summit.

"Where there are no consequences for coercive behaviour, there is little incentive for restraint," he said.

Morrison has received explicit backing in his government's confrontation with China from the US as well as from French President Emmanuel Macron during a visit to Paris following the G7 meeting.