A Special CBI court trying the 1992 Babri mosque demolition case on Thursday recorded the statements of two accused in the case and summoned a third one for the deposition by him. 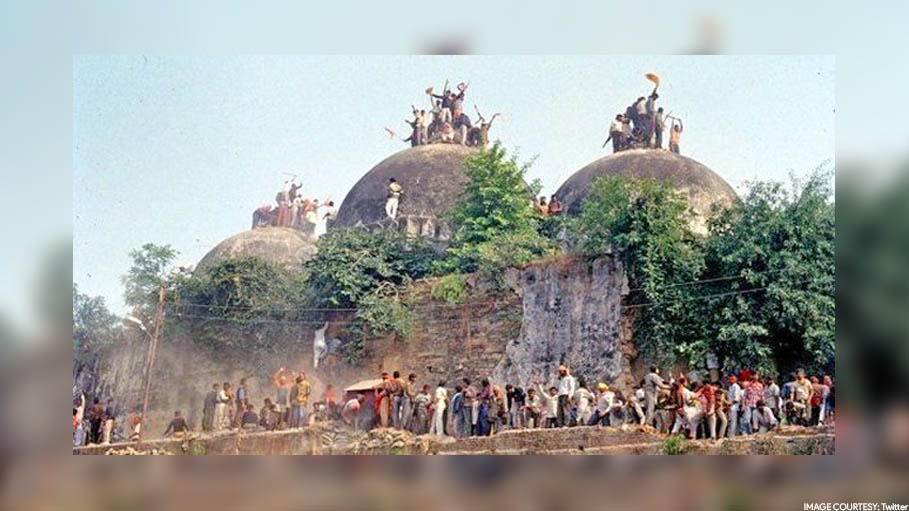 Lucknow: A Special CBI court trying the 1992 Babri mosque demolition case on Thursday recorded the statements of two accused in the case and summoned a third one for the deposition by him.

Special Judge S K Yadav recorded the statements of accused Jai Bhagwan Goel and Amar Nath Goel and directed accused Pawan Kumar Pandey to appear before it on Friday for the recording of his statement.

The special judge specifically asked Pandey to appear before it without fail, warning him that his plea for exemption, if any, would not be accepted in any condition.

The court has been conducting a day-to-day proceeding to conclude the trial by August 31, as directed by the Supreme Court.

Both Jai Bhagwan and Amarnath appeared before the court along with their counsel, including advocate Vimal Srivastava, and recorded their statements under section 313 of the Cr P C, under which the accused are allowed to explain away the prosecution evidence against them.

Each of them was asked several questions about the prosecution evidence against them.

"To every question as to what they had to say about the evidence and deposition that came from the witnesses produced by the prosecution agency, CBI, they replied that they were falsely framed in the case due to political reasons," Srivastav told PTI.

The two had earlier chosen to depose through video conference but subsequently decided to appear in person before the court on Thursday.

By now the court has completed deposition by 17 accused under section 313 of the CrPC.

Many of them have said to depose through video link.

The Babri Masjid was demolished in December 1992 by "kar sevaks" who claimed that the mosque in Ayodhya was built on the site of an ancient Ram temple.

SEE ALSO:
Centre Issues Security Alert to States ahead of the Ayodhya Verdict

Ayodhya Dispute: Sunni Waqf Board Ready to Drop Its Claim on the Disputed Land