The baby not only crossed the road but also tried to climb the railing. When her efforts failed she headed towards the checkpost. 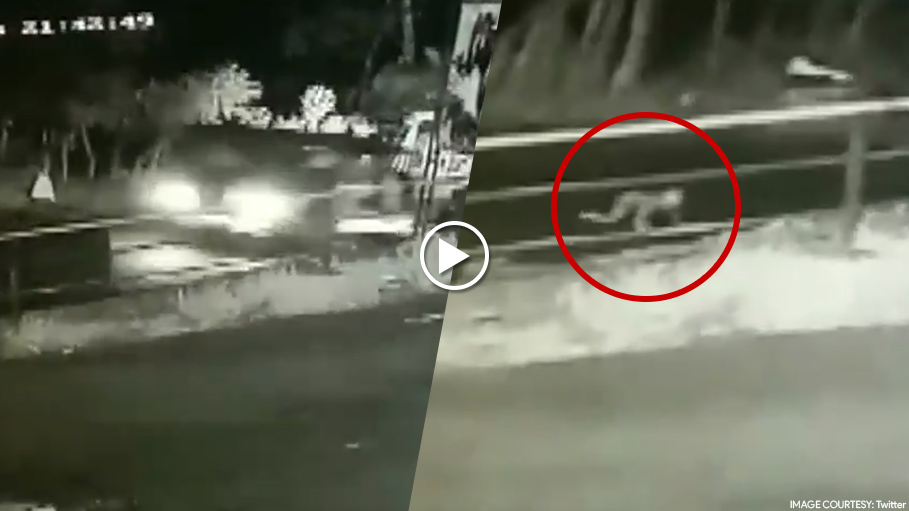 A small baby was found crawling on Saturday night on a road in the tourist town of Munnar in Kerala. The dark road was in close proximity to a forest.

The one-year-old girl fell from a speeding jeep while the parents and other members of the family were asleep in the SUV. She was on her mother’s lap when the incident happened. Apparently, a sharp turn caused the baby to fall down.

Fortunately, a forest official spotted the baby crawling near a check post and quickly alerted the police officials.

Here’s the footage of the baby crawling on the road:

#WATCH Kerala: A one-year-old child falls out of a moving car in Munnar region of Idukki district. The girl child was later rescued and handed over to the parents. (08.09.2019) pic.twitter.com/tlI7DtsgxU

The baby not only crossed the road but also tried to climb the railing. When her efforts failed she headed towards the checkpost.

According to Sub-Inspector Santosh KM who received the call regarding the baby alerted all the police stations in the region. He said that he was alerted about the baby at 9:40 p.m. and by 10 p.m. the baby was with them. The small girl was given first aid as she had bruises on her head and nose.

The parents discovered that the child was missing an hour later when they almost reached their home in Kambilikandam which is around 40 kilometers away. The panicking parents lodged a complaint 6 kilometers away and soon they were informed that their baby was in safe hands.

The parents were called and they reunited with their little daughter at 1 p.m. after their identities were confirmed.

This incident was not less than a miracle as she fell down in a risky area of the road. Firstly, the small girl was lucky enough to be spotted by the forest official on time as she was in close proximity to a forest that is known to harbor wild animals like elephants. Being a tourist destination, one can expect a good amount of traffic on these roads that move at high speed.

Thanks to the speedy action and presence of mind of forest officials including the police department who helped the young girl to reunite with her parents.

SEE ALSO:
Emma Wren Gibson Is That Miraculous Baby, Born From An Embryo Frozen In 1992