Ban on Netflix in India: Complaint Filed against the Streaming Giant for Featuring ‘Hinduphobic’ Content

Complaints have been filed against streaming giant Netflix for having and featuring ‘Hinduphobic’ content and irrelevantly linking the religion with ‘terrorism’. 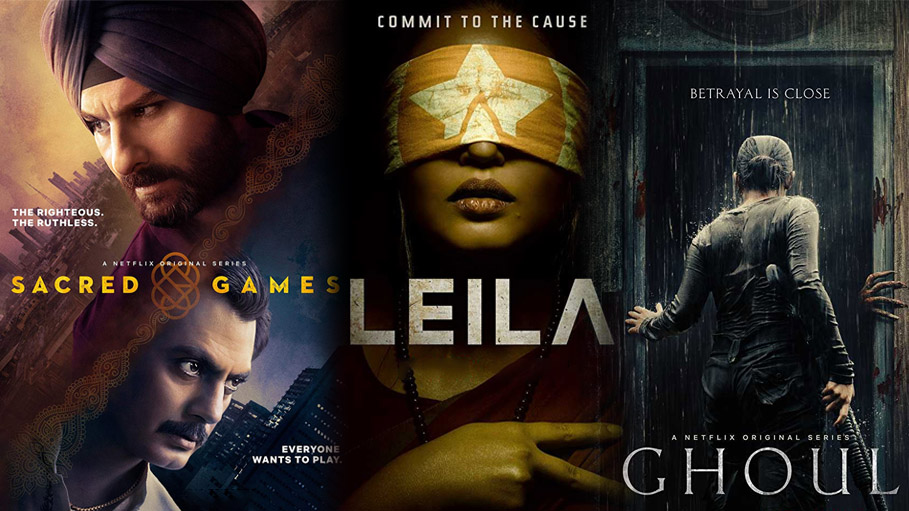 Shiv Sena IT Cell member Ramesh Solanki has registered a complaint against Netflix, with Mumbai Police on the grounds of having and featuring ‘Hinduphobic’ content on its platform.

Controversies surfaced since the release of ‘Sacred Games’ Season 2, but it also mentions shows like ‘Ghoul’ and ‘Leila’ which are allegedly promoting anti-India, anti-Hindu content.

Solanki wrote in his complaint that almost, “every series on Netflix India is with the intention of defaming the country on a global level. It is with deep rooted Hinduphobia that the platform is portraying the nation in a bad light.”

Solanki also took to Twitter to raise the issue across the Twitterverse using the hashtag #BanOnNetflixInIndia, which is trending at the moment.

The following are a few instances, how the supporters of this Netflix-ban issue are sharing their perception:

Netflix is Anti-Hindu as well Anti-India.
showing Hindufobic series.
If Terror has no Religion, then why Netflix links terror to Hinduism !
Censor Board & Govt must take action and... #BanNetFlixInindia @prasoonjoshi_ @PrakashJavdekar @MIB_India@hindustanse @HinduJagrutiOrg pic.twitter.com/iEWqPOMfOt

Whether or not any content is legal /illegal, Constitutional/Unconstitutional, ANYTHING that portrays India in bad light should b avoided

Along with other shows, Netflix has become a platformfor abusive, incendiary content, which has often targetted the cultural value system of Indians, especially Hindus.#BanNetflixInIndia@Rajput_Ramesh pic.twitter.com/QrjVeaCaeV

‘Sacred Games’, that presents a fictional socio-political scenario involving an influential Godman plotting nuclear destruction, ‘Leila’, depicting a dystopian future controlled by Hindu fascists and horror-thriller ‘Ghoul’ that portrays a totalitarian society set in the future, are all allegedly defaming or hurting Hindu religious sentiments, according to the complainants.

In fact, one of the directors of ‘Sacred Games’, Anurag Kashyap has been accused of creating and developing his share of ‘anti-Hindu propaganda’. Tajinder Bagga, the Delhi BJP has lodged a complaint against the acclaimed director.