It was not long before medics realized that Grylls was having an allergic reaction to the sting and they injected him with an EpiPen. 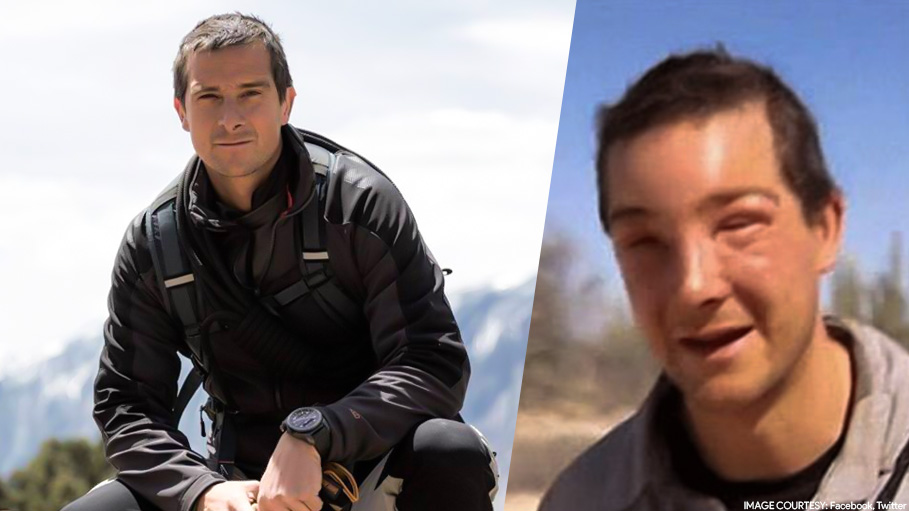 ‘Man vs Wild’ adventurer and survival instructor encountered a bad experience during one of his routine expeditions.

Bear Grylls got stung by a bee that triggered an allergic reaction that was very intense. He got bitten by the bee while filming his new series ‘Treasure Island.’ Even after being bitten he continued filming, however, he soon went into anaphylactic shock.

It was not long before medics realized that Grylls was having an allergic reaction to the sting and they injected him with an EpiPen.

Even Doctors were shocked to observe the manner his body reacted to the sting and the state he was in. “The irony of Bear the survivalist being stung, having the potential of an allergic reaction, and needing to be treated with an EpiPen, was a bizarre moment,” said Shanmuganathan. “That was crazy!”

To Bear Grylls’ good luck, he was saved in time by the medics who arrived on time or the situation could have gotten worse. Having bad encounters in the wild are not rare experiences for wild adventurers like Bear Grylls as we know wild animals can be totally unpredictable. These adventurers put their lives at stake every single moment while they are exploring nature in all its rawness.

Who can forget ‘Crocodile Hunter’- Steve Irwin’s experience in the shallow waters of Batt Reef, Queensland! While he was shooting for the documentary Ocean’s Deadliest, he took a break due to bad weather. During this period he decided to snorkel in the shallow waters, all the while being filmed.

He spotted a short-tail stingray about 2 meters away. According to a witness, “All of a sudden [the stingray] propped on its front and started stabbing wildly with its tail. Hundreds of strikes in a few seconds” Though Irwin assumed that the stingray punctured a lung, it was his heart that was pierced.

Fortunately, Bear Grylls was recused on time from the life-threatening situation while he was shooting in a boat. The ‘Treasure Island’ series is about a group of strangers who have to survive in a remote island for a month. The prize money for this adventure series is a whopping $122,000.