Beijing on Tuesday launched mass coronavirus testing for nearly all its 21 million residents, as fears grew that the Chinese capital may be placed under a strict lockdown like Shanghai. 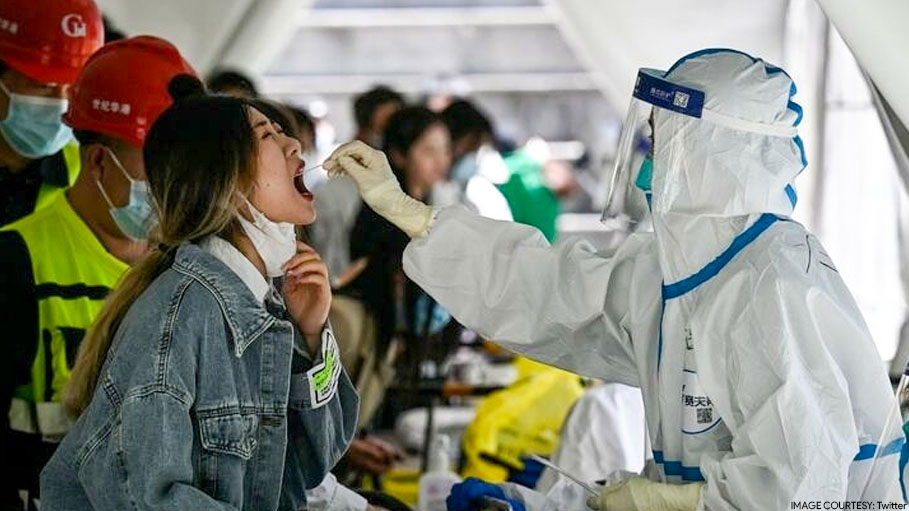 Beijing: Beijing on Tuesday launched mass coronavirus testing for nearly all its 21 million residents, as fears grew that the Chinese capital may be placed under a strict lockdown like Shanghai.

China is trying to contain a wave of infections in Shanghai -- its biggest city -- which has been almost entirely locked down for weeks and reported 52 new Covid deaths on Tuesday.

Beijing authorities have ordered people in 12 central districts accounting for most of its population to undergo three rounds of PCR testing after the detection of dozens of cases in the city in recent days.

The capital's most populous downtown district Chaoyang was the first to order mass testing from Monday, with people waiting in long lines to be swabbed by health workers in protective gear.

The testing order for Chaoyang had sparked panic buying from Sunday night, with residents lining up at supermarkets with full carts and bulging shopping bags as state media tried to reassure the public that there were plentiful supplies.

Beijing residents told AFP they feared a repeat of the sudden lockdown in Shanghai, where people have struggled to obtain food and medical care for non-Covid conditions.

Beijing health official Xu Hejian said Monday that the spread of the virus in the city was still "within the scope of control".

The capital reported 33 new cases on Tuesday, a fraction of the more than 16,000 tallied in Shanghai in the same period.

But Beijing officials are anxious to avoid a spiralling outbreak.

They have urged companies to allow employees to work from home, sealed off multiple buildings and suspended local group tourism ahead of the long May 1 national holiday.

Authorities on Monday urged Beijing residents not to leave the city for these holidays unless necessary.