New laws are enforced by US states to assure that the distracted driving accidents are minimized while making the drivers responsible. 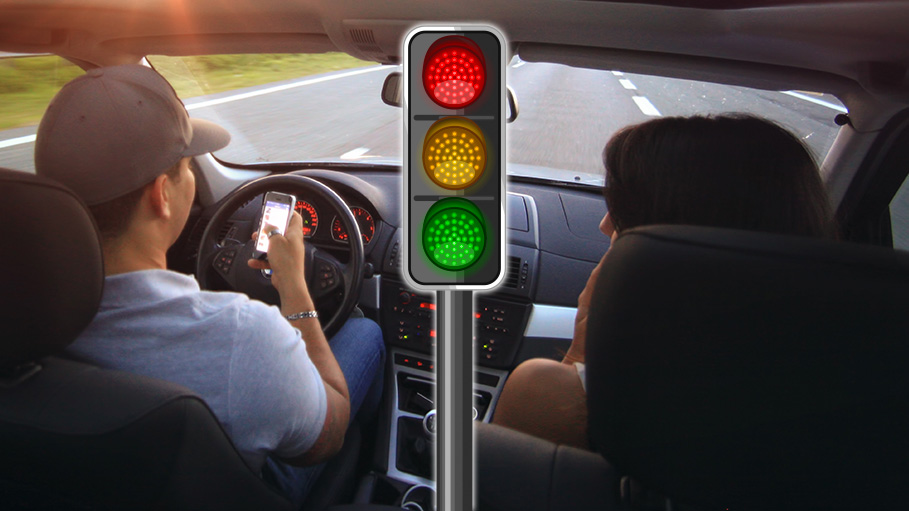 A notification alert on your phone and you are not able to stop yourself from flicking through the mobile handset. Even the habit remains unchanged while you drive. Is that you? Studies say, it’s not just you, but a considerable percentage of US residents are just being as careless as you are. To put some light into the matter, let’s once again remind you that it is ILLEGAL. Every year, accidents due to driving distraction are increasing and this time US states have taken a very bold step.

The traffic rules are different in every US state, but some states have put up a new law to stop the practice of calling or texting while driving. The law has been implemented that might not just fine you but you will be behind bars if you violate this traffic rule.

Authorities were concerned about the death rates when there was a sudden 14.4 percent surge and as per a report of 2016, there were 100 vehicle deaths every day all across the US. According to the experts, the surprising factor was, number of cases for distracted driving was more than that of drunk driving and the excess use of smartphone was stated as the reason. As per AAA's Traffic Safety Culture Index, around 88 percent of drivers fall under the offense of distracted driving. The other factors that lead to a car accident are rash driving, drunk driving and drugged driving.

The reports say that 88% of vehicle deaths for distracted driving is the highest while 68% is for rash driving, 43% for being drunk and 53% for drug infused drivers. They also say that the technological development introduced several other gadgets like Bluetooth headset to give a boost to these accident rates. Research says that even talking over the mobile phone had lesser number of accident records, but this continuous access of social media apps and texting with instant messaging services have made the situation worse. Experts also speculate that the actual statistics of accidents related to mobile phones are much higher than the records. The statistics are only based on the number of accidents where the driver admits that she/he had been using the phone while driving. There are even accidents where there are no evidence because the drivers simply deny about the use of the mobile phones to avoid fines.

As per a report released by ZenDrive Inc., there were 3 million cases where they have found that people are using the mobile phones for calling. But these records are only of those people who have used phones directly holding it to the ears. The dashboard usage and keeping the phone over the speaker or using a hands-free device is not included in this report.

Troy E. Costales, ODOT's Transportation Safety Division administrator said, "Everyone using the transportation system—drivers, bicyclists, and pedestrians alike—should put away the distractions when traveling to help eliminate these tragedies…". As per the conclusions, drawn from a recent study by AAA, it was found that the risks of a driver talking over the phone while being on the steering wheel have four times more potential risk of a crash. While the people who are texting sitting on that driving seat are likely to face eight times more with fatal accidents.

The influence of technology

The automaker infotainment systems of Android and Apple are popular among the US smartphone users. Experts believe that these hands-free alternatives are the carnage. The drivers are asked to be more aware of the risks. The technological invention is for human assistance but the usage must be restricted to an extent where the lives are not at risk. Reports say that this technical involvement of gadgets while driving has increased the risk of road fatalities in the US by 14% on average. Not only the drivers, but pedestrians are also getting a hangover of all time internet connectivity. The traffic in the US has increased and many have adopted walking as a medium of commuting if nearby places are to be visited. The pedestrians are asked by the authorities to be more serious while crossing roads as distracted pedestrians are also a major reason for the increasing road accidents in the US.

Distracted driving can even cause you an arrest leading to jail, and that’s what the new Oregon law states. As per the law, if the accident is the first offense of the driver and there is no record of a crash, then the fine will be up to $1000. For first and second offense, if there is a crash involved, the penalty would be up to $2000. The Oregon Department of Transportation thinks penalties are not enough to a put a control over the situation. The law said that if the third offense occurs within 10 years of the first two, then there will be a fine of $2500 and the person might have to face an imprisonment. The maximum time of jail tenure can be up to 6 months for such a case. As per the new law of the state, if the second offense of distract driving becomes a harsh one, then the penalty will be jail.

The laws in Utah are also similar. If a person causes a distracted driving accident due to texting, the driving license of the individual will be suspended. The person might also go through a jail tenure that can extend up to 90 days. Alaska has been stricter than the rest of the places. At Alaska, if you are found texting while you are driving you will have to give a high penalty. Along with that, you might get an imprisonment charge that might last up to 1 year.

The lawmaking bodies are saying that these increase in penalty amount and punishments of imprisonment are being put forward to assure that people are much more serious about this issue. The US transport authorities say that it is just an attempt to keep a check on distracted driving. The fear of getting imprisoned might end up making people a little serious and responsible while putting a start on the ignition button.