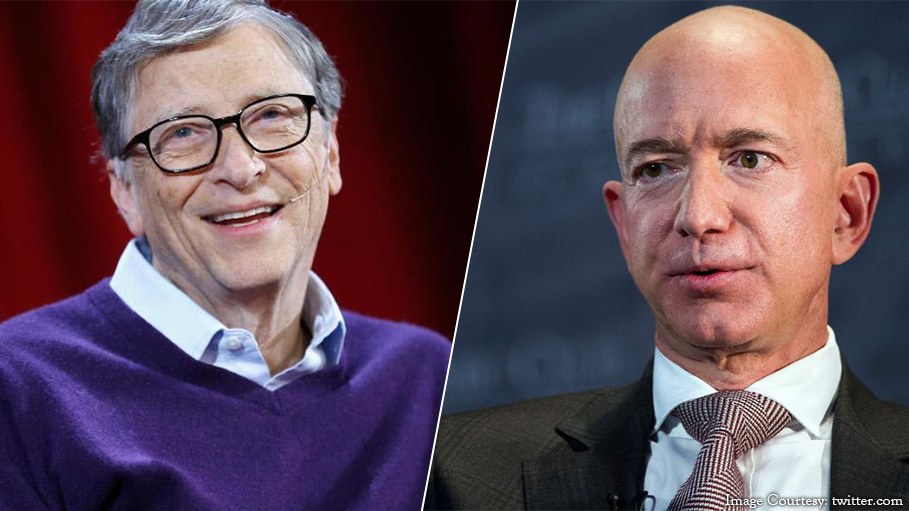 Gates may have been helped in part by the Pentagon’s surprise decision announced Oct. 25 to award a $10 billion cloud-computing contract to Microsoft over Amazon. Shares of Microsoft have since climbed 4%, giving Gates a $110 billion fortune, according to the Bloomberg Billionaires Index. Amazon’s stock is down about 2% since the announcement, putting Bezos’s net worth at $108.7 billion.

Gates, 64, had briefly topped Bezos, 55, on an intraday basis last month after Amazon posted its first profit drop in two years, but shares of the world’s biggest online retailer pared the decline. The index, which tracks the wealth of the richest 500 people, is updated each trading day after US markets close. Europe’s richest person, Bernard Arnault, is third with $102.7 billion.

Microsoft has surged 48% this year, boosting the value of Gates’s 1% stake. The rest of his wealth is derived from share sales and investments made over the years by his family office, Cascade.

Bezos would be far richer if he and MacKenzie Bezos hadn’t divorced. The pair announced their split in January, with MacKenzie, 49, receiving a quarter of their Amazon holdings in July. Her net worth dipped to $35 billion on Friday. Gates, on the other hand, may have never relinquished the top spot were it not for his philanthropy. He has donated more than $35 billion to the Bill & Melinda Gates Foundation since 1994.

Gates recently shared his thoughts on the wealth tax that’s been proposed by some Democratic presidential candidates, including Elizabeth Warren, saying he’s already paid more than $10 billion in taxes.

The Big Bang Theory to have Bill Gates as Star Guest

Internet on Fire with the Humility of Bill Gates, Who is Seen Standing in Line Outside a Fast Food Joint