The infamous blimp of outgoing US President Donald Trump dressed as a baby could soon greet visitors to the Museum of London, which on Monday announced it had acquired the inflatable effigy. 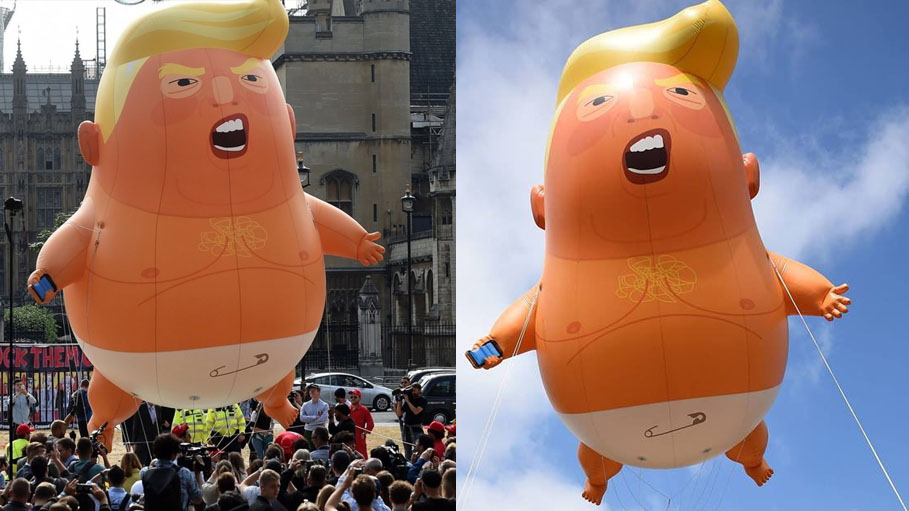 London: The infamous blimp of outgoing US President Donald Trump dressed as a baby could soon greet visitors to the Museum of London, which on Monday announced it had acquired the inflatable effigy.

"Having toured the world, the Trump Baby blimp is now heading to its final resting place, the Museum of London, where it will be conserved and potentially displayed in the museum's future new home," the central London museum said in a statement.

The institution said in 2019 that it wanted to acquire the blimp, "recognising its importance in the protests" that met the president during his 2018 visit to Britain.

The over-sized orange balloon depicting the bequiffed US leader in a nappy flew above Parliament Square.

"From the Suffragettes of the early twentieth century to the anti-austerity marches, free speech and Black Lives Matter most recently -- the capital has always been the place to have your say," said Sharon Ament, Museum of London director.

"By collecting the baby blimp we can mark the wave of feeling that washed over the city that day and capture a particular moment of resistance."

The team behind the balloon said while they were "pleased that the Trump Baby can now be consigned to history", adding: "We're under no illusions that this is the end of the story.

"We hope the baby's place in the museum will stand as a reminder of when London stood against Trump."

The balloon will join the museum's protest collection, which includes banners, flags and tents belonging to demonstrators through the ages.

The museum has also been in touch with Trump supporters about acquiring a blimp they made of London Mayor Sadiq Khan, in response to his decision to allow the original balloon to fly next to parliament.