This is partly in response to the recent report, fuelling India’s Skill Revolution, which highlighted that advanced technologies such as Blockchain, Artificial Intelligence (AI), and Augmented/Virtual Reality (AR/VR) can accelerate the upskilling and reskilling at scale. 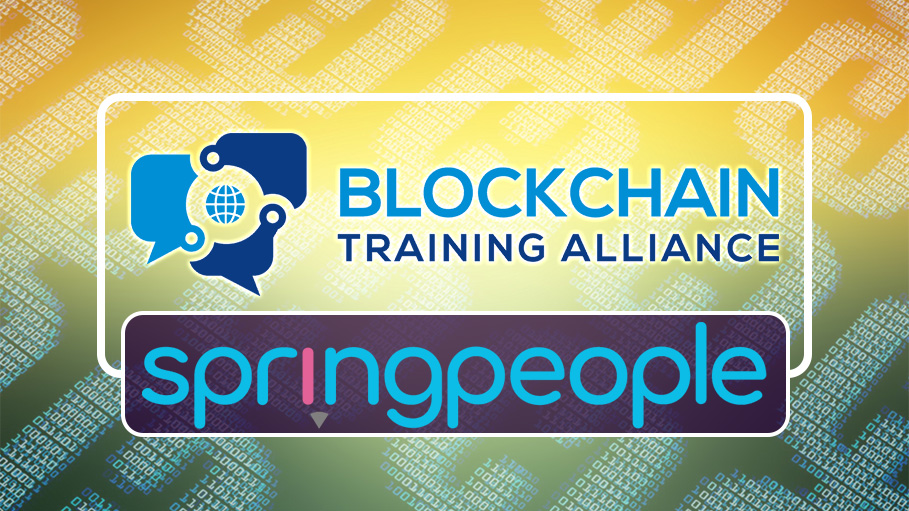 Amidst growing concerns over the skills-gaps of Indian employees, Blockchain Training Alliance (BTA), a globally leading Blockchain certification body, has partnered with SpringPeople - to equip enterprises in Blockchain technology as a way to upskill the workforce. This is partly in response to the recent report, fuelling India’s Skill Revolution, which highlighted that advanced technologies such as Blockchain, Artificial Intelligence (AI), and Augmented/Virtual Reality (AR/VR) can accelerate the upskilling and reskilling at scale.

As per a recent report, India faces a loss of approximately $2 trillion in GDP growth promised by investments in intelligent technologies over the next decade because of the skills gap. Another study revealed that multiple industries in India including IT and software, e-commerce, banking healthcare, finance, retail, manufacturing, pharmaceuticals, and media are facing an acute shortage of talent. The main reason, the study says, is that digital technologies and new-age technologies continue to disrupt every industry and this necessitates the need for professionals to constantly upskill themselves. This is a clear indication that the need of the hour is to upskill and reskill constantly, especially in emerging technologies.

Chad Decker, CEO, Blockchain Training Alliance said that the global market for Blockchain technology is estimated to reach $7.7 billion by 2022. This is yet another indication of the increasing significance of Blockchain technology. They have always been committed to providing the best Blockchain certification globally. Partnership with SpringPeople is a part of that purpose, he said.

Ravi Kaklasaria, Founder & CEO, SpringPeople, said that the fourth industrial revolution is spearheaded by Blockchain and AI. Globally, there is also an increased demand for these emerging technologies. With this partnership, they will be equipped to meet this demand head-on and will also be able to bridge the skills gap of the Indian workforce by equipping them with authorized content and certification from Blockchain Training Alliance that is much sought after globally.