Boeing is planning to achieve a range of 50 miles with two flying cars. These flying cars will have the capacity to carry two and four passengers each. 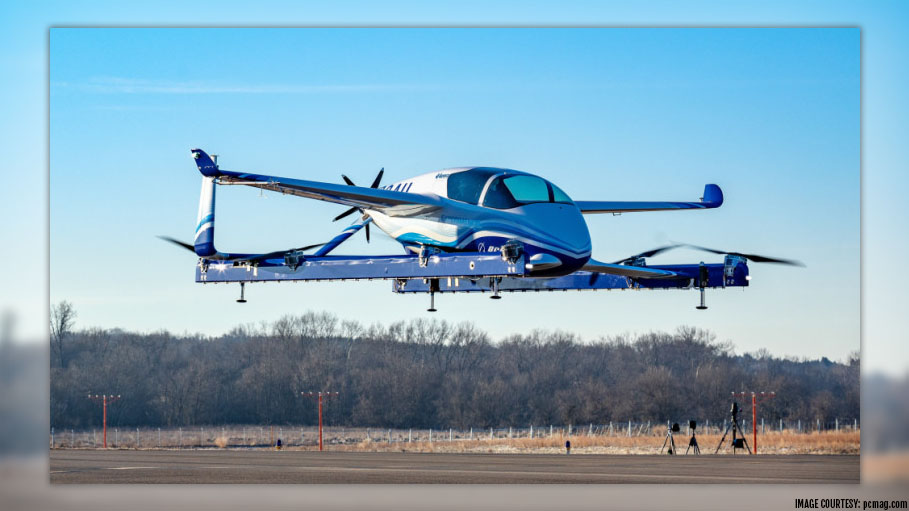 Boeing finally allowed its flying car prototype hovered in the air during an inaugural test flight, in a small but an important step as the world's largest plane makers are just about to revolutionize urban transportation services in the days to come. Boeing is competing with rival Airbus and several other firms to introduce small self-flying vehicles. The investments in this sector and the frustration of the people with road congestion could no doubt change the face of the aerospace industry within the next decade.

Boeing’s 9-meter or 30-foot long aircraft, which is a combination of a helicopter, a drone and a part fixed-wing plane, lifted a few feet off the ground and also made a swift landing after less than a minute of being airborne recently at an airport in Manassas, Virginia. John Langford, President and CEO of Boeing subsidiary Aurora Flight Sciences said, “This is what revolution looks like, and it's because of autonomy”.

Now the challenges before Boeing’s vision of low-stress transport, is to market its flying cars and also to look after the critical safety and regulatory issues and to combine traditional roadway traffic with the fleets of flying cars. Presently, Boeing is working with startup Spark Cognition Inc and the U.S. Federal Aviation Administration to develop a traffic management system to manage the three-dimensional highways and the regulatory framework.

Boeing also bought Aurora Flight Sciences last year in order to speed development of a fleet of autonomous air vehicles. Along with Aurora, Boeing is also working with Uber Technology’s UberAIR service for flights. Uber services will be available for service using smartphones from 2023.

Initially, Boeing is planning to achieve a range of 50 miles with two flying cars. These flying cars will have the capacity to carry two and four passengers each. Another round of tests is being planned in the later part of the year, where the carrying capability of the flying cars will be analyzed and are allowed to lift around 226.8 kg.

On the other hand competitor like Airbus has said, it has already conducted numerous flying vehicle test flights. Volocopter recently has tested drone taxis that resemble a small helicopter powered by 18 rotors and Aero Mobil, with a stretch limousine feature and which can turn into a fixed-wing aircraft.