Quentin Tarantino’s next period drama is casting together Brad Pitt and Leonardo DiCaprio together! What a rare event! 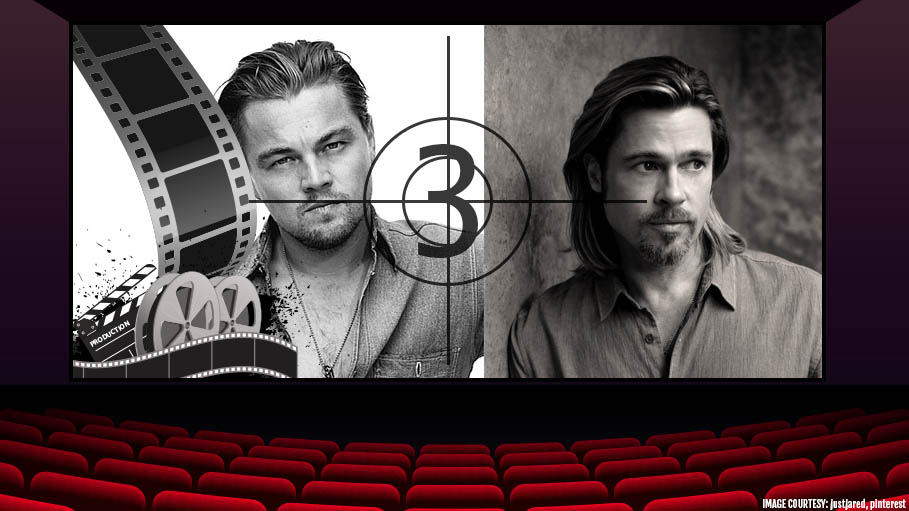 Two biggest stars sharing the single frame, such occasions are quite rare. Quentin Tarantino’s next period drama is casting together Brad Pitt and Leonardo DiCaprio together! What a rare event!

Worldwide followers of the Ocean’s Eleven star Brad Pitt and the Wolf of Wall Street, Leonardo DiCaprio are super happy. Finally their patience pays off. Both the Hollywood stars will be seen together in Quentin Tarantino’s next feature film.

Tarantino, who is an internationally acclaimed director of films like Pulp Fiction, Kill bill installments, has reportedly set up his next film in the year of 1969, LA, while the hippie culture ruled the American society. The film has been named Once Upon a Time in Hollywood.

Evidently, the title is generating a lot of curiosity amongst all. Being a film buff myself, I’m also looking forward to this films that has been slated for release on August 9, 2019. Once Upon a Time in Hollywood will be released under the banner of Paramount Pictures. Columbia Pictures and Heydey Films will be jointly producing the film.

As per the sources, the film revolves around two young men who are struggling to make it to the Hollywood. One of them is an actor to be played by DiCaprio and another his stunt double, to be portrayed by Brad Pitt.

The film will be having the character of Sharon Tate, who used to be a popular American actress and model during the 1960s.

The seductive actress was killed in the hands of Charles Manson’s followers in the 60s itself. Manson’s deeds came into news the in November 2017 as the cult leader died.

There were numerous speculations regarding who will be playing the character of Tate, including I, Tonya famed Margot Robbie. But seems like nothing has been confirmed.

Quentin Tarantino revealed he has been working on the script for 5 long years. This also takes in the year 1969 in actual when he was only a 7 year-old kid.

Earlier, Brad Pitt has done Inglourious Basterds with Tarantino and DiCaprio played a character in the director’s Django Unchained. Tarantino definitely deserves kudos for bringing both the stars together. And we are eagerly waiting to get starstruck!

SEE ALSO:
As Per New Court Ruling, Brad Pitt Can Spend More Time with His Kids