Brad Pitt Debuts as a Sculptor in Finland’s Art Exhibition

Brad Pitt has revealed a different side to his multi-faceted personality by making his debut as a sculptor at the Sara Hildén Art Museum in Tampere, Finland. 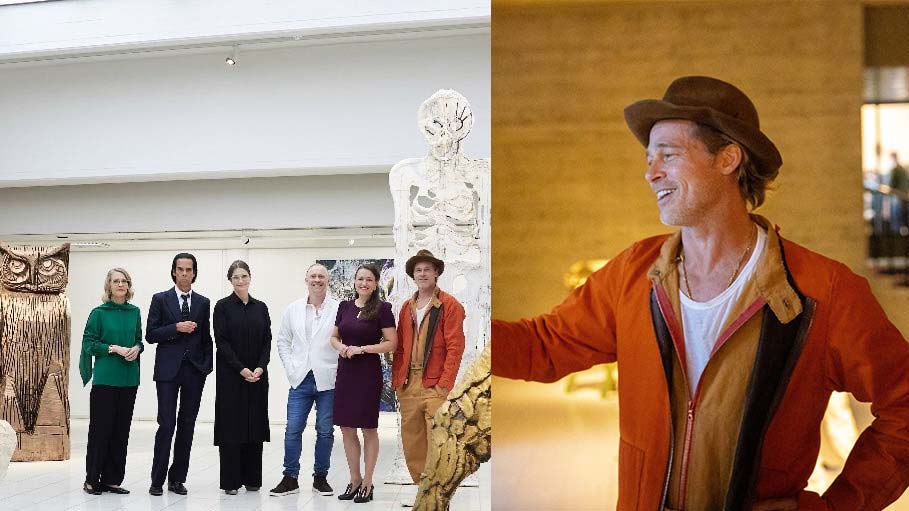 Brad Pitt has revealed a different side to his multi-faceted personality by making his debut as a sculptor at the Sara Hildén Art Museum in Tampere, Finland.

The museum is located in Finland’s third-largest city of Tampere.

This is the actor’s first ever public art exhibition and his work is largely “self taught.”

He shares his art alongside people like musician Nick Cave and an artist Thomas Houseago who is also his close friend.

The actor revealed his work on Saturday to audiences as part of a large exhibition by Thomas Houseago who is a British artist.

Some of Pitt’s sculpted work pieces include a house shaped structure moulded in clear silicon and shot with bullets.

Another piece called "House A Go Go" is an 18-inch miniature house made out of tree bark, crudely held together with tape.

There’s a coffin sized bronze box where figures appear to be breaking the structure at various angles.

The plaster wall hanging sculpture "Aiming At You I Saw Me But It Was Too Late This Time," depicts a gun fight between eight figures. The actor turned to this form of art after his tumultuous divorce from his wife Angelina Jolie.

He would spend almost 15 hours a day at Houseago's Los Angeles studio back in 2017.

“To me it’s about self-reflection. It’s about where I have gotten it wrong in my relationships, where have I misstepped, where am I complicit”, Pitt said at the opening of the exhibition.

“For me, it was born out of ownership of what I call a radical inventory of self, getting really brutally honest with me and taking account of those I may have hurt, moments I have just gotten wrong.”

This side of Pitt’s personality comes as a pleasant surprise to his followers. For a debut sculptor we must say that the actor has done an amazing job.