While trying to escape the notorious prison, he disguised himself wearing a wig, a rubber mask and a skin-tight pink T-shirt hoping that the guards will indeed assume that he’s his 19-year-old daughter. 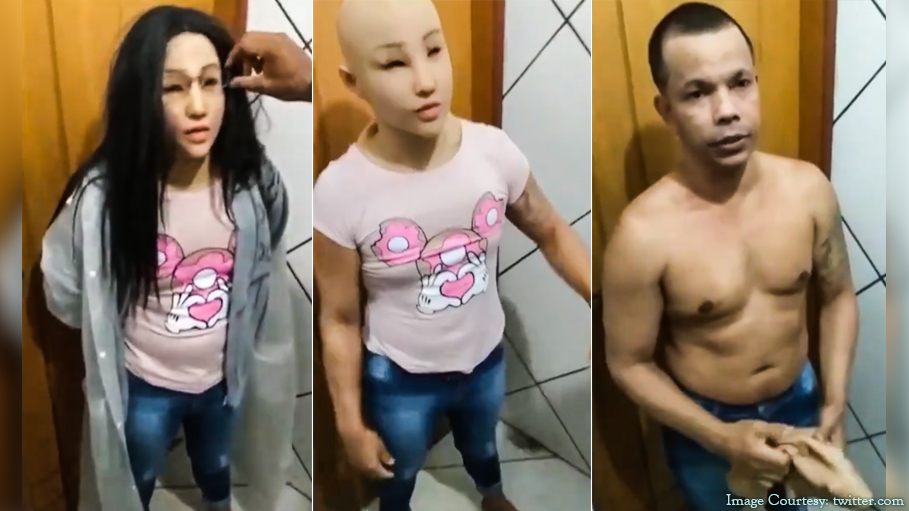 In a shocking case, a Brazilian gang member tried to escape prison pretending to be his 19-year-old daughter on Saturday.

Clauvino da Silva belongs to one of the most dangerous criminal gangs in Brazil called the- Red Command.

While trying to escape the notorious prison, he disguised himself wearing a wig, a rubber mask and a skin-tight pink T-shirt hoping that the guards will indeed assume that he’s his 19-year-old daughter.

What’s interesting is that he left his daughter behind in prison.

When the security requested him to return the daughter’s ID, they at once knew that it is, in fact, a person disguised as a girl.

They asked him to strip his disguise and it was indeed the drug gangster.

This video instantly went viral all over the world.

This isn’t the first time that the gangster tried his hand in escaping one of the most notorious prisons. He tried to escape the prison through a tunnel along with 31 prisoners and was successful along with four gang members named Fish, Spiderman and Sledge Hammer.

He was rearrested later while trying to seize a shantytown in Rio’s western districts along with other armed men.

As per reports, Clauvino da Silva has been shifted to solitary confinement and his prison time is unlikely to increase as his escapade didn’t involve violence. The prison authorities are still not sure whether his daughter is an accomplice and investigations are underway. If she’s found guilty she will face up to two years in prison on charges of abetting.

Here’s the video of the criminal unveiling his disguise.