In a touching letter to the board of directors, the business honcho revealed that he failed to create the “right profitable business model” despite his best efforts. 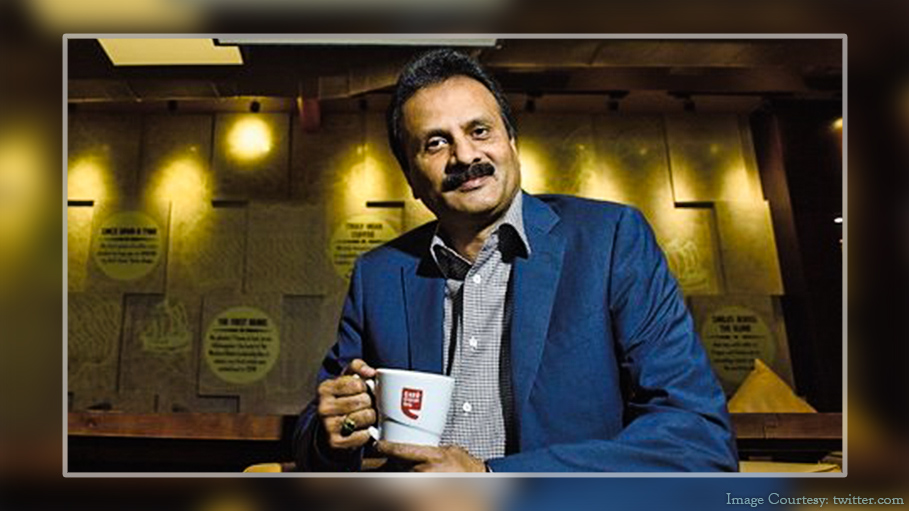 According to the police, Mr. Siddhartha asked his driver to leave him near Netravathi Bridge in Mangaluru as he wanted to take a walk. He requested his driver to wait near the end of the bridge. When the driver didn’t receive any response from him after an hour, he called, however, Mr. Siddhartha’s phone was switched off. Post this; the driver alerted the family and finally the police authorities.

At 8 PM Basavaraj Patil, tried calling Mr. Siddhartha but to no avail. The driver revealed that Mr. Siddhartha’s son had also tried to reach his father. V G Siddhartha is also the son-in-law of the former foreign minister- SM Krishna.

The Police and search teams have swung into action after they were informed by the family about Café Coffee Day owner’s disappearance. Dog squads and boats have been arranged to help with the search. Karnataka Chief Minister- B S Yeddyurappa reached SM Krishna’s residence and is personally coordinating the search.

In a touching letter to the board of directors, the business honcho revealed that he failed to create the “right profitable business model” despite his best efforts. He said, “I would like to say that I gave it my all.” He explained that he couldn’t handle further pressure from a private equity partner and other lenders eventually forcing him to succumb. He requested his co-workers and team members to remain strong and advised them to continue running the business with a new management.

He concluded by saying, “My intention was never to cheat or mislead anybody, I have failed as an entrepreneur. This is my sincere submission, I hope someday you will understand, forgive and pardon me.

I have enclosed a list of our assets and tentative value of each asset. As seen below our assets outweigh our liabilities and can help repay everybody.”

Mr. V G Siddhartha was born in Chikmagaluru district of Karnataka. He started the coffee trading company ‘Amalgamated Bean Coffee’ in 1993 and was the first entrepreneur in Karnataka to set up the Café Coffee Day Parlour in 1996. Today we have 1550 CCD parlours all over India; the first outlet being opened in Bengaluru.