California to Ban Sale of Petrol-Powered Cars by 2035

California ruled Thursday that all new cars sold in America's most populous state must be zero emission from 2035, in what was billed as a nation-leading step to slash the pollutants that cause global warming. 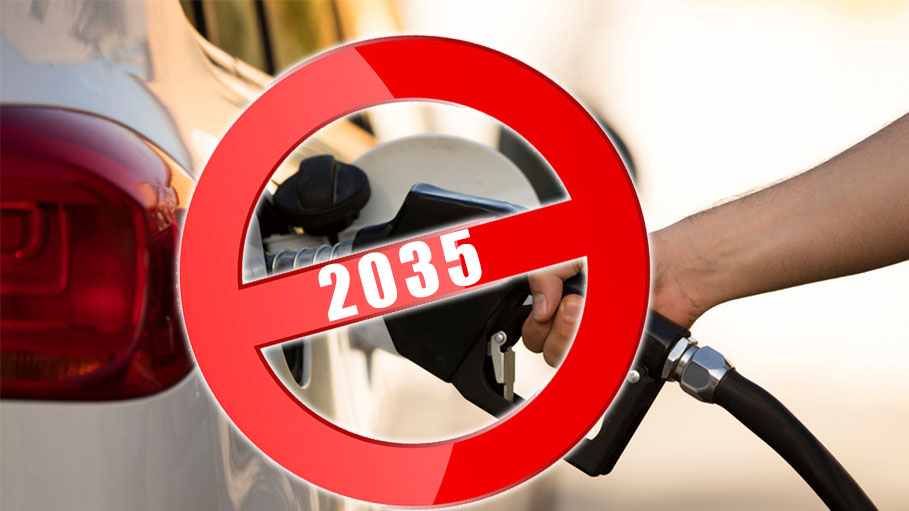 Los Angeles: California ruled Thursday that all new cars sold in America's most populous state must be zero emission from 2035, in what was billed as a nation-leading step to slash the pollutants that cause global warming.

The widely touted move has been hailed by environmentalists, who hope it will prod other parts of the United States to quicken the adoption of electric vehicles.

The rules demand an ever-increasing percentage of new cars sold to California's 40 million inhabitants produce no tailpipe pollutants, until their total ban in 13 years' time.

"The timeline is ambitious but achievable: by the time a child born this year is ready to enter middle school, only zero-emission vehicles or a limited number of plug-in hybrids (PHEVs) will be offered for sale new in California," the California Air Resources Board said.

The board, which was tasked with finding a way to implement Governor Gavin Newsom's order to transition the state's automotive sector, said the health benefits would be significant.

"By 2037, the regulation delivers a 25 percent reduction in smog-causing pollution from light-duty vehicles.

"This benefits all Californians but especially the state's most environmentally and economically burdened communities along freeways and other heavily traveled thoroughfares."

From 2026 through 2040 the regulation is expected to result in 1,290 fewer cardiopulmonary deaths, 460 fewer hospital admissions for cardiovascular or respiratory illness, and 650 fewer emergency room visits for asthma, it said.

California already accounts for the lion's share of electric vehicles in the United States, with 1.13 million of them on the state's roads -- 43 percent of the nation's total.

Their popularity has mushroomed in the years since they were seen as little more than novelty golf carts for tree-huggers content to drive no more than a few dozen miles (kilometers).

Ten years ago only two percent of new cars sold in the state were electric; that figure is now 16 percent, and Teslas and other premium offerings with a range of hundreds of miles are a common sight on roads around Los Angeles and San Francisco.

Still, the vehicles remain more expensive than their fossil fuel-powered equivalents and critics say only federal subsidies of up to $7,500 make them viable for many buyers.

But supporters say the incentives are necessary short-term supports that will fade away as increased adoption boosts economies of scale and drives down prices.

As the biggest auto market in the United States, one manufacturers cannot ignore, California has an outsized influence in effectively setting national standards.

Thursday's ruling comes on the heels of a climate law signed last week by US President Joe Biden, which sets aside hundreds of millions of dollars in incentives for clean energy programs.

Biden and his Democratic Party are rushing to make up climate policy ground they feel was lost under former president Donald Trump, who yanked the United States out of the Paris Climate Accord and reversed what many environmentalists viewed as already-weak progress in reducing the fossil fuel emissions that drive global warming.

Newsom, a leading light in the Democratic Party, who is rumored to have presidential ambitions, welcomed the ruling.

"California now has a groundbreaking, world-leading... roadmap to reducing dangerous carbon emissions and moving away from fossil fuels," he said.

The reduction in the number of petrol and diesel-powered cars on the roads is equivalent to "915 million oil barrels' worth of emissions that won't pollute our communities."

"With the historic $10 billion we're investing to accelerate the transition... we're making it easier and cheaper for all Californians to purchase electric cars."

In recent years jurisdictions around the world, notably in Europe, have set their sights on the polluting automobile sector.

Norway is aiming to have all new cars produce zero tailpipe emissions by 2025.

The UK, Singapore and Israel are eyeing 2030, while the European Union wants to end the sale of new petrol and diesel cars by 2035.

Scientists say dramatic action is required to limit the damage, and point to curbing emissions from fossil fuels as key to the battle.