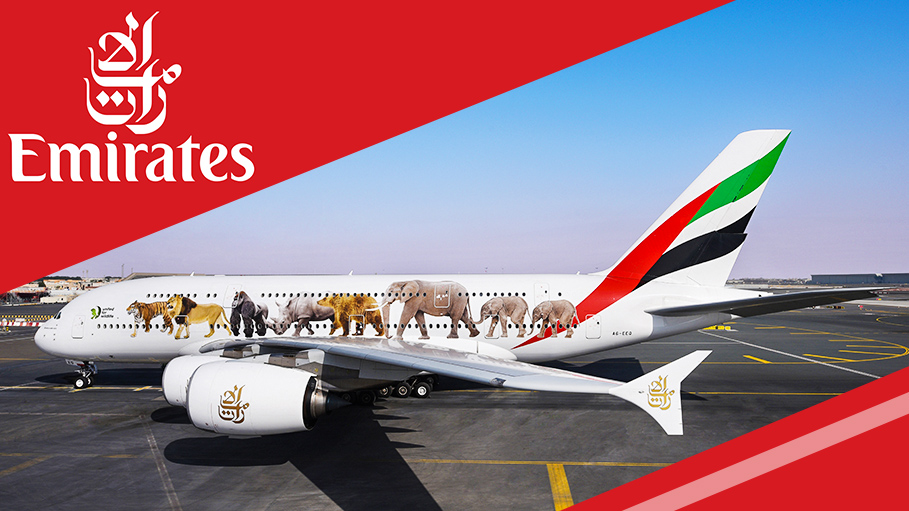 As the world and India celebrate World Elephant Day on 12 August, Emirates is showcasing its commitment to wildlife conservation and the urgency for protecting these majestic beasts which are a fundamental part of the country’s heritage.

The airline brings this commitment to life in wide-reaching ways across different customer touch-points and in global forums.

One delectable way is through Amarula, served in all cabin classes in-flight. The award-winning cream liqueur is crafted with the fruit of the Marula tree, which is indigenous to the woodlands of Southern Africa and is also called the Elephant Tree because it’s a favourite source of nutritious food among African Bush elephants. The amount of Vitamin C found in a single marula fruit is eight times that found in an orange, making it an excellent source of the vitamin, not only for elephants but also for Amarula consumers. The brand has also co-founded the Amarula Elephant Research Programme at the University of Natal, Durban and is devoted to the conservation of these elephants. All this makes it a delicious way to save elephants on-board Emirates – one Amarula sip at a time.

Five Emirates A380s feature a special livery of animals threatened by poaching, including African and Asian elephants. Part of Emirates’ global wildlife conservation efforts, the airline seeks to use its brand power and passion to generate greater awareness of this cause.

According to recent estimates, only 400,000 African elephants and 50,000 Asian elephants remain in the wild today. Ivory trafficking has seen an estimated 20,000 elephants killed every year – that’s a shocking 55 every day. Unlike African elephants, only male Asian elephants have tusks, which means poaching of males skews the sex ratio, limiting its breeding opportunities. Over 5,000 kilos of ivory tusks were seized at airports in 2016 and, since 2009, there have been over 440 seizures of illegal ivory in air transport.

This is why Emirates is a partner of ROUTES (Reducing Opportunities for Unlawful Transport of Endangered Species), and has a zero-tolerance policy on the carrying of ivory tusks or any hunting trophies or products associated with illegal wildlife activities. Emirates is also a signatory to the 2016 Buckingham Palace Declaration and Buenos Aires Declaration on Travel and Tourism and Illegal Wildlife Trade. Both underline the airline’s dedication to the conservation of wildlife and commitment to championing the cause of biodiversity to ensure a sustainable future for the planet.

Poster campaigns across its organisation generate greater awareness as does the regular feature stories about wildlife protection in its in-flight magazines, podcast interviews, wildlife programming and feature films on its award-winning ice in-flight entertainment system.

Emirates fully funds and sponsors the Dubai Desert Conservation Reserve (DDCR), a desert wildlife reserve. In 2018, the reserve was accepted as a candidate for the International Union for Conservation of Nature (IUCN) Green List for Protected and Conserved Areas – a global standard for protected areas. The reserve practices sustainable tourism and hosted 285,000 visitors last year, making it one of the most popular yet protected areas in the region. Efforts to re-introduce antelopes to the reserve has also resulted in success, inspiring the relocation of Oryx and gazelle to other protected areas within the region. A regional leader in ecological research, DDCR actively collaborates with local and international universities through major research projects on animals, vegetation and the desert ecosystem.