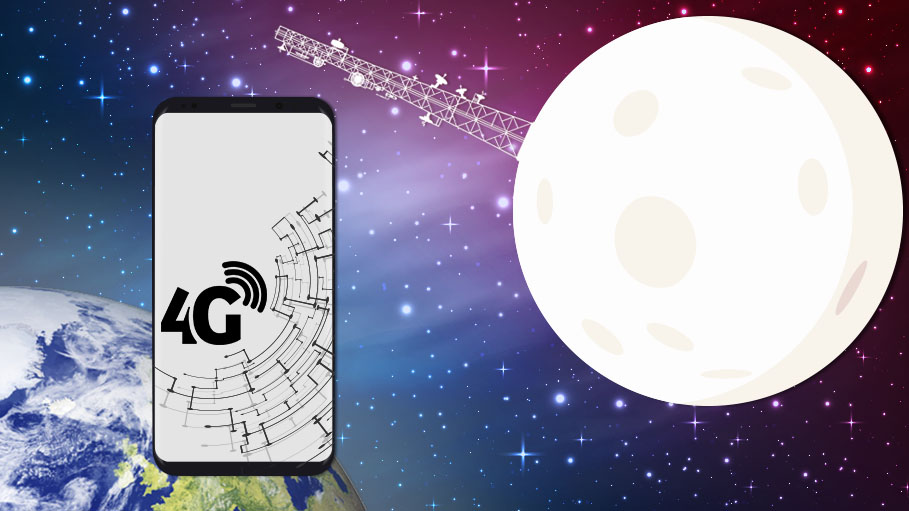 In this age of science and technology, continuous effort has been made and the work is still on exploring possibilities everywhere including the outer planets. The possibility of life on Moon or Mars is now an old chapter. If all goes well, the moon is soon going to get connected to cell phones. But the million-dollar question now is if the phone rings on the moon surface, who is going to pick the phone and answer the call. Even more important is its possibility, which is no doubt going to ground breaking.

The phone companies Vodafone and Nokia recently declared that they are planning to build a cellular network in space in order to support the first privately funded moon mission, which is planned for next year. The very announcement of cell phone connection in moon has earned headlines across the world, but much more would have to be done to make the plan a reality.

The ground breaking technology of the cell phones, which will be weighing in less than a kilogram is going to provide a fourth-generation, or 4G cellular network, which would be initially used by a pair of lunar vehicles to communicate with a base station and which also can roll some good videos of moon and ultimately transmit high-definition video back to Earth. The telecom companies are working on this and to make it a possible technical history.

The network technology and rovers would be transported and placed in moon first by a rocket, which is owned by SpaceX, the company founded and run by Elon Musk. Which is a part of the ‘Mission to Moon’ Project. The project is planned by a Berlin based company PTScientists. After reaching moon, the rovers will need the support of NASA’s Apollo 17 rover, which was first placed on Moon in 1972.

Once operational the cellular network will be able to provide energy efficient form of communication, which is highly tested and verified, which according to Robert Bohme, the founder of PTScientists is a revolutionary initiative, said, “the technology which has been used on more than one billion devices in the world, is proven industry standard technology”.

Robert Bohme and his team is working tirelessly to make this mission successful, though he cautions, don’t expect everything to go according to plan, the plan may change anytime depending on the circumstances. "We have to be really careful, really efficient and not screw up," he said.

This is not the first time, PTScientists attempted such an innovation last year but at the last moment the company has to withdraw, when they found that they could not reach the moon on time. It is very hard to meet deadlines. The company has won two awards with prize money totaling $750,000 as part of the Lunar X Prize, a Google-run space exploration challenge. But the Lunar X Prize competition effectively ended in January after it became clear that none of the five remaining teams would reach the moon by the March 31 deadline.

In a statement recently, the foundation, which organizes the innovative challenge, declared through a statement by Peter H. Diamandis, the foundation’s founder and executive chairman, and Marcus Shingles, the chief executive. “Though we are running this challenges for few years from now and have expected a winner by now, but it seems that the literal moonshot is hard, due to the difficulties in raising funds, technical and regulatory challenges. The grand prize of the $30M Google Lunar X Prize is still unclaimed”.

“We know it is incredibly difficult to land on the Moon” they noted. Regulations have also complicated such efforts. While many companies are motivated by potential business opportunities there, the parties to an international agreement signed more than 50 years ago have done little to address how they might proceed.

Bohme has been waiting for such opportunities, which can contribute, to his idea in pursuing cellular technology for the space. “I want to have people who are able to build up on the technology, it’s like with the Internet, provide the right technology foundation and services will pop up.” He said.

May Bohme vision and mission works, so that the new possibilities on the outer space become a reality to create opportunities for more experiments in the days to come.