The finding that Cell phone radiation is a potential link to cancer have left many cell phone buyers and scientists thinking since the birth of mobile phones in the 1990s. 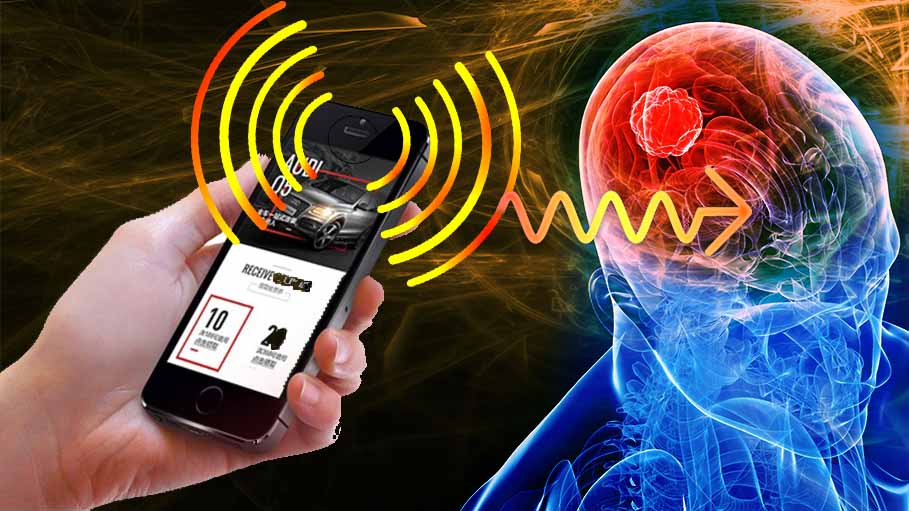 The finding that Cell phone radiation is a potential link to cancer have left many cell phone buyers and scientists thinking since the birth of mobile phones in the 1990s. The New research by National Institute of Health also confirms its ill effects and implications for human health.

A 10-year long study conducted by National Institute of Health has come up with its result about the effects of cellphone radio frequency radiation exposure. The test was done on animals and the results are mixed. The test showed a higher risk of tumors, DNA or tissue damage, and lower body weight in some groups of rodents.

John Bucher, who is a senior scientist associated in the research study is of the view that given the inconsistent pattern of the findings, the fact that the subjects were rats and mice rather than people and the high level of radiation used, he could not came to a specific conclusion from the data about the potential health effects on humans.

The study involved 3,000 test animals and is believed to be the most comprehensive assessment of the health effects of such radiation on rats and mice. A draft report is released on 2nd February 2018, for public comment and peer review, in advance of an external expert review from March 26 to 28.

The strongest finding in the new study involved male rats but not female rats or male or female mice that developed tumors in the nerves surrounding their hearts. It also saw increases in the damage of the heart tissues in female and male rats.

The male rat tumors were malignant schwannomas. Based on limited research that shows a potentially elevated risk of schwannomas near the brain in people.

Not just around the brain but the research has shown tumors in other parts of the body of rats, which includes the brain, prostate, liver and pancreas but the scientists said it was unclear whether those were related to the radiation.

The experiment is done by placing the mice and rats into different chambers for 9 hours a day exposing them to different levels of radiation from 2G and 3G phones, which were standard when the study was launched.

Bucher said the findings are intended to help inform the design of future cell phone technologies. The findings are outcome of 2G and 3G mobile phone frequencies. The study does not apply to 4G or 5G, which uses different modulation and frequencies, but these features were not developed at the time of beginning of the research.

Apart from cancer effects, the research is also looking at the health effects such as tissue damage from the heat of the mobile phone, DNA damage and changes in body weight. Researchers said that they found some tissue and DNA issues but that “we don’t feel sufficient understanding to comment on their biological significance.”

Cellphone radiation's impact on human health has been hotly debated for years. The Federal Communications Commission came under attack from its critics in 2010, after it dropped a recommendation that consumers only buy phones with lower radiation emissions.

The environment and health groups took to the stage immediately after the release of the findings as more evidence of the dangers of cellphones. Olga Naidenko, a senior science adviser of The Environmental Working Group has said in a news release that the findings of the study “should raise alarms for policymakers and awareness for all Americans.”

The American Cancer Society's Otis W. Brawley, writing in a blog post, was more reassuring, he wrote “These draft reports are bound to create a lot of concern, but in fact they won’t change what I tell people. The connection of cancer and cell phones in the study is weak and till now, we have not seen a higher cancer risk in people.”

Jeffrey Shuren, director of the FDA’s Center for Devices and Radiological Health, has noted that there were unusual findings in the study and his team is trying to find out the concrete solution though he said based on all available information, the agency does not believe there are adverse health effects in humans caused by cellphone radiation.

“Even with frequent daily use by the vast majority of adults, we have not seen an increase in events like brain tumors,” he said. “Based on this current information, we believe the current safety limits for cellphones are acceptable for protecting the public health.”

In Berkeley, the city council has directed sellers to let buyers know of the risk of carrying devices too close to their bodies in the year 2015. While CTIA, which represents the wireless industry, has sued, saying the warnings are “ill-informed” and violate retailers' First Amendment rights.

The result is a clear indication of effects of cell phone radiation though on animal, but it can also affect human system leading to cancer. So it is always better to take precaution when it comes to handling a cell phone.

Can Cell Phone Radiation Cause Cancer?