According to an official of ISRO or Indian Space Research Organisation speaking to news agency IANS has said, “Only 5 percent of the mission has been lost - Vikram the lander and Pragyan the rover". 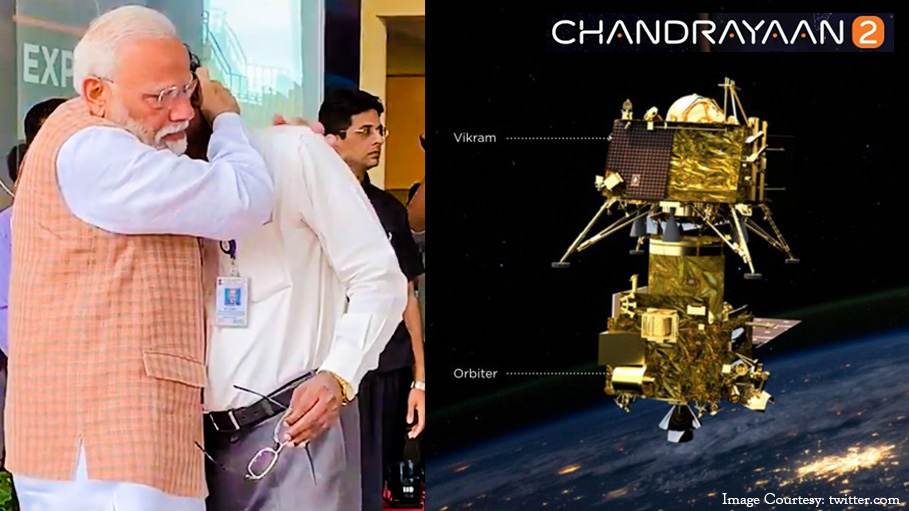 The ambitious Chandrayaan 2 mission is not a failure; rather we have achieved and learned more. Now with a mission life of one year, the Chandrayaan 2 orbiter is still in operation and will continue to study the Moon from far.

According to an official of ISRO or Indian Space Research Organisation speaking to news agency IANS has said, “Only 5 percent of the mission has been lost - Vikram the lander and Pragyan the rover - while the remaining 95 percent - that is the Chandrayaan 2 orbiter - is orbiting the moon successfully”.

The orbiter can now take images of the moon and send it to the ISRO in the next one year. The orbiter also can take pictures of the lander to find out its status too. The rover inside the lander had a lifespan of only 14 days. This all will be analysed.

On the early hours of Saturday, ISRO lost contact with the Moon lander Vikram few seconds before it was due to touch down near the lunar south pole. A successful landing would have made India the fourth country after the United States, Russia and China -- to successfully land on the Moon.

Prime Minister Narendra Modi who was there in the ISRO mission control center along with the scientists watched the operation closely and asked the scientists ‘not to lose hope’.

But after several tense minutes as the expected landing time of about 1:55 am also lapsed, Prime Minister Narendra Modi was the first to whom scientists broke the news. ISRO Chairman K. Sivan then officially announced that communication had been lost with the lander.

As he said, “Vikram lander’s descent was as planned and normal performance was observed. Subsequently communication from lander was lost. The data is being analysed”.

Dejected looking Dr K Sivan, the chief of the Indian Space Research Organisation (ISRO), walked up to the pavilion from where PM Modi was watching the mission progress. Prime Minister Modi then left the spot and went up to the control room and gave the roomful of dejected scientists a pep talk. “The country is proud of you”, said the Prime Minister.

He further said, “There are ups and downs in every life. This is not a small achievement. The nation is proud of you. Hope for the best. I congratulate you. You have done a big service to the nation, science and mankind. I am with you all, move forward bravely”.

He then walked up to the 70 school children who were chosen to witness the landing based on a space quiz and interacted with them.

Prime Minister later tweeted that the scientists gave their best. In his post, he wrote, “India is proud of our scientists! They’ve given their best and have always made India proud. These are moments to stay courageous, and courageous we will be! ISRO chairman gave updates on Chandrayaan-2. We will remain hopeful and continue working hard on our space programme”.

The Chandrayaan 2 mission also stood special among other missions of the world, as it is the most low budget space mission with the cost of only about $140 million. The United States spends more than $100 billion on its Apollo missions.