Dr Sivan has blamed the faulty execution of the last stage of the operation that led to the loss of communication with the lander, as he said, "The last part of the operation was not executed in the right manner." 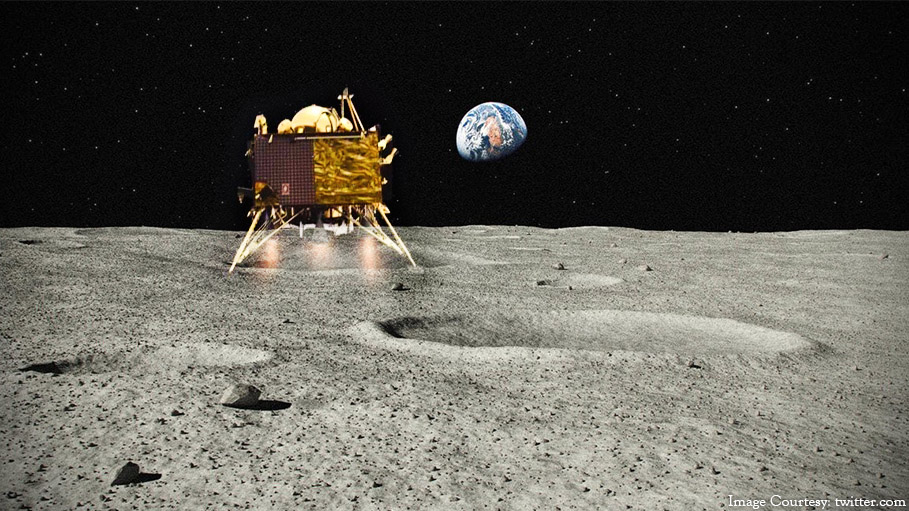 Chandrayaan 2 lunar lander Vikram has been located on the surface of the moon and the ground station is working in order to establish contact with it. ISRO had lost contact with the lander Vikram, on Saturday morning while it was attempting a historic soft landing near the south pole of the moon.

The lander, which had stopped transmitting just 2.1 kilometres from the moon’s surface thereby generating curiosity about its whereabouts and later losing all communications, now as it has been traced, ISRO is hopeful that it will be able to find out more about the reasons that led to the debacle.

ISRO Chairman K Sivan said, “Yes, we have located the lander on the lunar surface. It must have been a hard-landing”, he said, while adding that he is still unclear at this stage as it is yet ascertained whether the lander had been damaged or not. Dr Sivan also said, the lunar orbiter had taken a thermal image of the lander, “orbiter has clicked a thermal image of Lander. But there is no communication yet. We are trying to have contact. It will be communicated soon”.

As ISRO is working to restore communications with Vikram, an ISRO official on condition of anonymity has said, that the reason could be hard landing, which means Vikram, which was designed for a soft landing, may have lost its balance as it may not have landed on its four legs, leading to the disconnection of communication.

India as a nation has expected to make a space history with the success of its Rs.1,000-crore Chandrayaan 2 mission, as the successful landing on the moon’s surface would have made India the fourth nation after the United States, Russia and China to achieve the feat. It would also have made India the first country in the world to complete soft landing near the South Pole on its first attempt.

On Saturday as it failed to land, Dr Sivan has blamed the faulty execution of the last stage of the operation that led to the loss of communication with the lander, as he said, “The last part of the operation was not executed in the right manner. It was in that phase that we lost link with the lander, and could not establish contact subsequently”.

Vikram and lunar rover Pragyan, which is housed inside the lander, are scheduled to operate from its first day and is expected to carry out a series of surface and sub-surface experiments, this now matters of study as the lander has been traced. Meanwhile, the lunar orbiter, which is in orbit around the moon, is now expected to be operational for the next seven years and help in the understanding of the moon’s evolution.