ISRO is now ready to create history by making India the first nation in the world to reach close to the Moon’s south pole in its first attempt. The Moon landing is scheduled for September 7 between 1:40 am and 1:55 am Indian time. 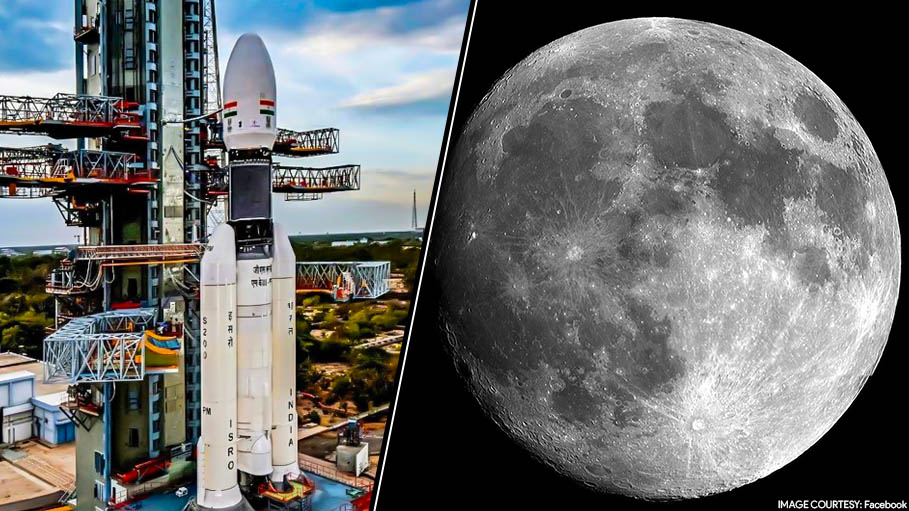 Mission Chandrayaan 2 has successfully completed all its lunar orbit manoeuvres around the Moon and is now ready for Moon landing, close to the lunar South Pole. The lunar orbit manoeuvres, which also include sensitive and risky separation of lander ‘Vikram’ from the orbiter, were performed with utmost accuracy at its designated time.

ISRO is now ready to create history by making India the first nation in the world to reach close to the Moon’s south pole in its first attempt. The Moon landing is scheduled for September 7 between 1:40 am and 1:55 am Indian time.

According to ISRO, the second and the last de-orbiting manoeuvre of Chandrayaan 2 spacecraft is successfully carried out, in a statement, it said, “With this manoeuvre the required orbit for the Vikram Lander to commence its descent towards the surface of the Moon is achieved”.

The nine-second de-orbiting or retro-orbiting manoeuvre using the onboard propulsion system was executed with pinpoint accuracy, the space agency said through a tweet.

On September 7, Prime Minister Narendra Modi is expected to be in the mission control center along with 60 school students from almost all the states of the country including Lige Basar, a class 10 student of Vivekananda Kendra Vidyalaya, Oyan from border state of Arunachal Pradesh to witness this historic touch down of the Vikram lander near the South Pole of the moon.

Speaking to Scrabbl, Lige Basar, who is also a space science lover said, “I am very much excited to witness the landing of the Chandrayaan 2 on the surface of the moon along with the Prime Minister”

Following the landing on the Moon, the rover named ‘Pragyan’ will roll out from Vikram on September 7, and carry out experiments on the surface of the Moon. The life of the lander is also one lunar day, while the orbiter will continue its mission for a year.

The objective of the mission is to demonstrate some important technologies for the end-to-end lunar mission capability, which also include soft landing and roving on the surface of the Moon.

Whereas, the mission’s contribution to science will be through the detailed study of Moon’s topography, mineralogy, surface chemical composition, thermophysical characteristics and atmosphere, which will help in the understanding of the evolution and origin of the moon.

On successful completion, India will become the fourth country in the world after Russia, the US and China to soft-land on the Moon.