ISRO Chairman K Sivan told, “Our heart almost stopped for 30 minutes till the job was done. Three more manoeuvres are to be completed." 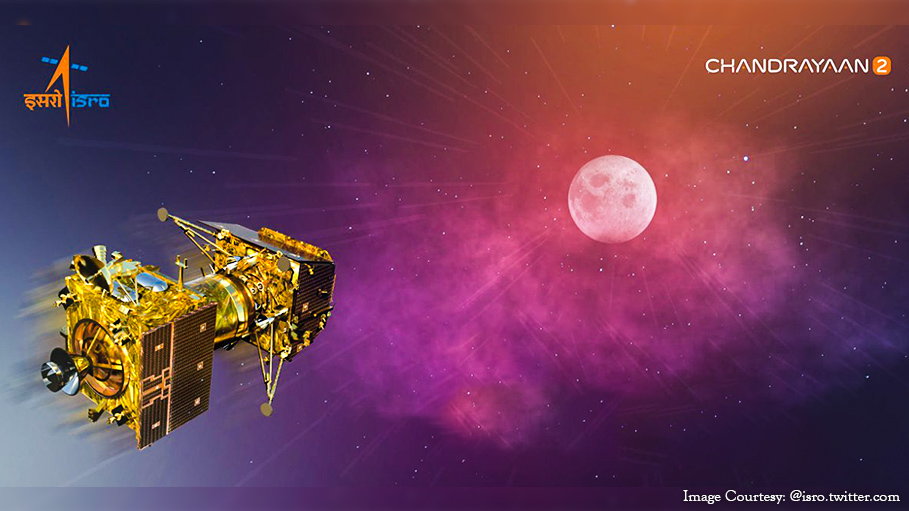 India’s moon mission Chandrayaan 2 has been successfully placed into the lunar orbit on Tuesday as its first step, after travelling for nearly 30 days on the space.

The placement of the mission into the moon’s orbit was one of the trickiest operations in the whole mission, as higher velocity of the spacecraft would have bounced it off into the deep space, while a slow approach would have led to the moon’s gravity to pull Chandrayaan 2 and crash it on the lunar surface.

The velocity of the mission while approaching had to be exactly right and the altitude over the moon needs to be precise. A small error would have killed the whole mission.

ISRO Chairman K Sivan told, “Our heart almost stopped for 30 minutes till the job was done. Three more manoeuvres are to be completed. The next is tomorrow around 1 pm. The big event is on September 2 when the lander will be separated”.

Indian Space Research Organisation (ISRO), later in a post on its website said, “Following this, a series of orbit manoeuvres will be performed on Chandrayaan 2 spacecraft to enable it to enter its final orbit passing through the lunar poles, 100 km from the moon’s surface”.

The post also added, “Subsequently, the lander will separate from the orbiter and enter into a 100 km x 30 km orbit around the moon. Then, it will perform a series of complex braking manoeuvres to soft land in the south polar region of the moon on September 7, 2019”.

Prime Minister Narendra Modi has congratulated the space agency ISRO for the success of Chandrayaan 2, in its first step on the moon.

The Prime Minister tweeted, “Congratulations to Team @ISRO on #Chandrayaan2 entering the Moon’s orbit. This is an important step in the landmark journey to the Moon. Best wishes for its successful culmination”.

The process of the landing Chandrayaan 2 on the surface of the moon is a very complex task as it blasted off at a velocity of 39,240 kilometres per hour, which is 30 times more, the speed at which the sound travels through the air.

M Annadurai, the former director of the ISRO satellite centre and the head of India’s first moon mission Chandrayaan 1, described the complexity of the operation, “It is like a gentleman with a rose proposing to a lady who is dancing at a speed of 3,600 kilometres per hour (almost five times the speed of an airplane), at a distance of 3.84 lakh kilometres away. If the couple have to meet each other, then the accuracy and precision is of utmost importance”.

Chandrayaan 2 is India’s most ambitious space mission to date, which lifted off from the spaceport at Sriharikota in Andhra Pradesh on July 22. The mission is special and different because it stands out as the low-cost mission, with about Rs. 1,000 crore is spent on the whole project, which is a much smaller price compared to similar missions by other countries of the world.

If successful, Chandrayaan 2 will make India the fourth nation in the world to soft-land a rover on the lunar surface after Russia, US and China. The last nation that attempted a soft landing on the moon was Israel, but it failed in its mission earlier this year.