Childescents of India: We are Children Too

On the occasion of World Population Day, highlighting the continuum of childhood and emphasizing the age-group within 15 to 18 years are essentially children, CRY – Child Rights and You have come out with a report. 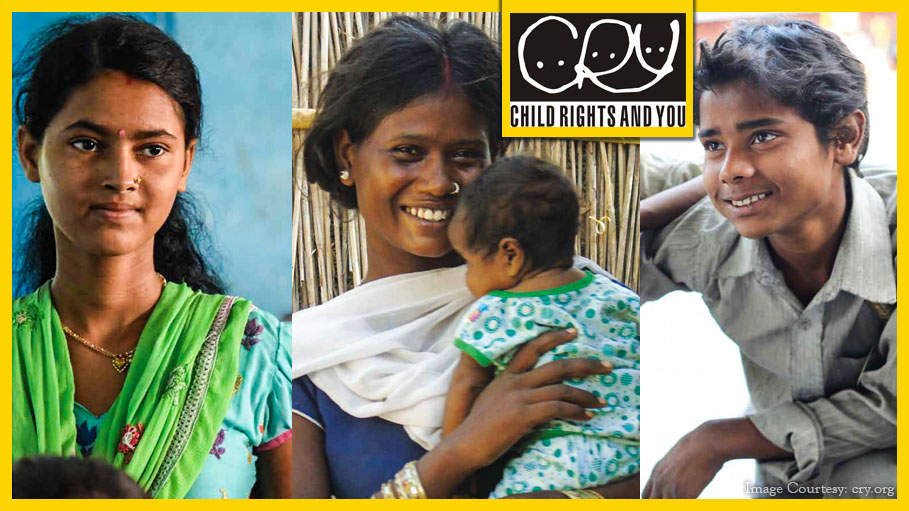 Childescents mean children between the age group of 15 to 18 years. India has nearly a 100 million Childescents and this population largely remain invisible and hence are under addressed.

On the occasion of World Population Day, highlighting the continuum of childhood and emphasizing the age-group within 15 to 18 years are essentially children, CRY – Child Rights and You have come out with a report, ‘Childescents of India: We are children too’. The report is a comprehensive narrative on the 15-18 year olds, their rights and the lack of it, the vulnerabilities of that age group that often go unnoticed and the many discrepancies that seep in while we discuss about this particular set of children.

CRY has also coined the word ‘Childescents’ to simply put into perspective the dilemma that the state is going through in describing these children. Explaining the organisation’s objective behind the study, Puja Marwaha, CEO, CRY said, “This report includes to establish vulnerabilities of the Childescents, children lost in the transitory space from childhood to adulthood through an in-depth data and policy analysis making use of available primary and secondary data and published literature, further identifying gaps and thereby seek to influence policy and decision makers to close the gaps.”

The age group also lose out on the RTE Act (Right to Free and Compulsory Education Act that ensures education for all within the age-group of 6 – 14 years) as soon as they cross 14; they are no longer under the protection of CLPRA (Child Labour Prohibition and Regulation Act), as the act does allow children within 15-18 years to join the workforce (barring a limited list of occupations and processes that are considered hazardous). Being on the cusp of adulthood, their health – especially their sexual and mental health is a matter of concern as well. And unarguably, protection becomes a much bigger worry in the case of these children in the context of rampant child marriages often forcefully executed. Children of this age group are often also trafficked for either labour or flesh trade.

As data suggests, only 1 in every 3 school-going children in the country finishes class 12 at an appropriate age, and less than 15% of the schools in India have adequate opportunities for secondary and higher secondary education in India (U-DISE 2015-16). It is secondary education that is a window of opportunity that can lead to gainful adult employment; therefore universalization of secondary education, along with focus on quality improvement is of paramount importance. Special focus is also needed for children from socio-economically weaker backgrounds; creating systems to identify and track children at risk of dropping out of school, remedial support and appropriate provisioning to keep them meaningfully engaged in education.

23 million Childescents are working in India according to Census 2011, and 83% of these children have dropped out of school. Trafficking for forced labour and domestic labour is very high in this age group. There is an urgent need to capture children’s involvement in family occupations and hazardous processes. A comprehensive legislation on trafficking is also a pressing need.

Child marriage and under-age motherhood remain other areas of grave concern as 55% of the currently married women in India were married between 14-19 years of age, and 3.4 million girls between 15-19 years are mothers (Census 2011). Greater awareness and deliberation is required on the recent Supreme Court judgment on child marital rape. The PCMA (2006) and POCSO (2012) require reviewing to tighten protection issues.

More than 40% of the children aged 15-19 are undernourished, while a whopping 54% of girls and 29% of boys within the same age group 15-19 are anemic, as the latest NFHS-4 data (2016) suggests. A comprehensive nutrition supplementation programme, along with better provisioning, implementation and sensitization for physical, sexual and mental health challenges facing this age group should be the prime focus.

Protection of Childescents also deserves keen attention as indicated by facts such as, they are accounting for 60% of all kidnapping and abduction cases, and being victims of 25% of the country’s rape cases, as reported by NCRB.

Childescence is an important phase of one’s life, which is associated with several vulnerabilities, as well as challenges, which can make or break the future of the country. It is therefore very much needed to focus and with the effort of the government and by developing and implementing policies this issue can be properly addressed.