During Media briefing on Thursday, Chinese Defence Ministry spokesman Wu Qian informed that the joint exercise between India and China is planned before the end of this year. 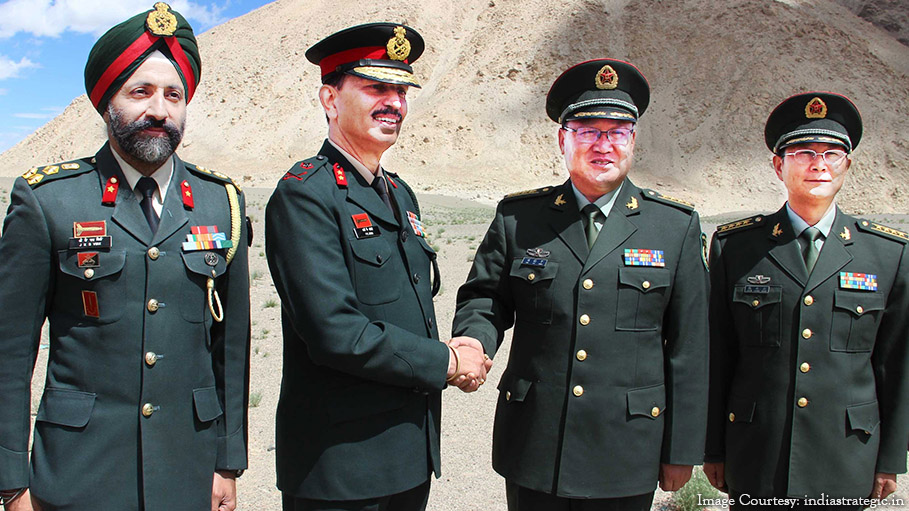 Amidst strained relationship between the two Asian giants, China and India, some good news is coming as both the countries have agreed to hold joint army drills in China by the end of this year, as both the countries are exploring avenues to improve their relationship. Relations between China and India were strained last year over a 73-day military face-off in the remote, high-altitude stretch at disputed Himalayan border known as Doklam.

But in recent months both the countries have been working on mending and improving their ties, as Chinese Defence Minister Wei Fenghe met Indian Prime Minister Narendra Modi in New Delhi in the month of August, which led to the start of new talks between the two countries after Doklam Standoff.

During Media briefing on Thursday, Chinese Defence Ministry spokesman Wu Qian informed that the joint exercise between India and China is planned before the end of this year. The two countries would meet in the southwestern Chinese city of Chengdu in the month of November to discuss the arrangements.

The standoff between the two countries was one of the biggest challenges the bilateral relations had ever faced in the recent past. Though the faceoff between the two countries was resolved, there have been reports that China has restarted activities in the region. International observers, meanwhile, have compared China's persistent attention on Doklam to its expansive activities in the South China Sea, despite vocal objections from several countries in the region.

Later after Wei’s meeting with Defence Minister Nirmala Sitharaman, later the government issued a statement saying, "It was decided to expand the engagement between their armed forces relating to training, joint exercises and other professional interactions."

The first Indo China joint military exercise started in the year 2007 and the first edition took place in Kunming in China, but in subsequent years the bilateral drill was cancelled over diplomatic spats between the two countries but it again resumed and took place regularly between 2013 to 2016.

India and China fought a war in the year 1962 and the unresolved dispute over stretches of their 3,500km from Ladakh to Arunachal Pradesh border has clouded relations ever since. Now with the plans of joint army drill, one may hope for the improving relationship between India and China.